Xherdan Shaqiri stepped off the bench to score with two deflected strikes for the hosts and that victory moves Liverpool back to the top of the Premier League table ahead of Manchester City.

But can they stay there? Here's how the Super Sunday panel assessed their title hopes… 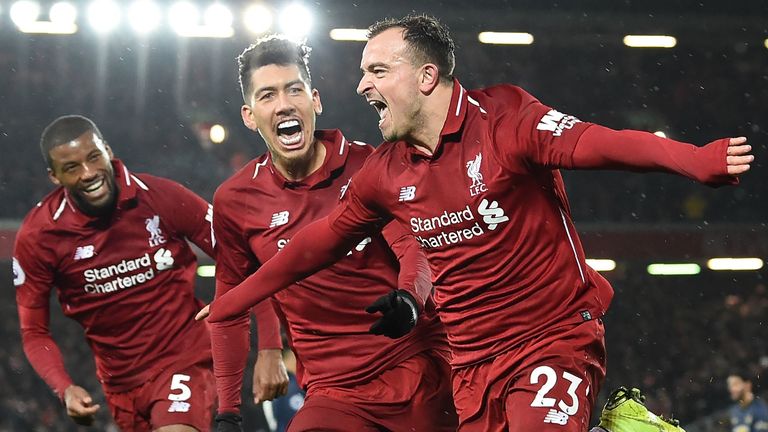 Highlights from Liverpool's 3-1 win over Manchester United in the Premier League.

"I look at Man City, with all due respect to Chelsea, Arsenal and Tottenham, and it'll be between Liverpool and Man City."

Gary Neville - "They can win in different ways"

"Two years ago, I thought Liverpool could only win the game one way - they either blitzed teams or they caught them in the last half-hour. Now it feels like they can win games in different ways - they can hold out for a 1-0, they can respond to going a goal down… 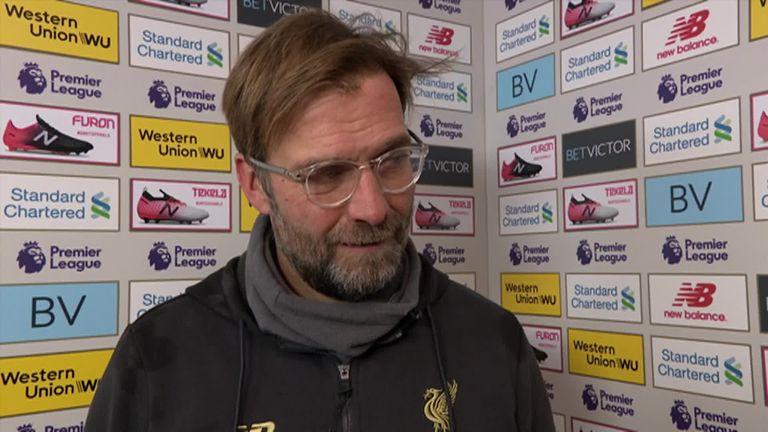 Jurgen Klopp says he is completely over the moon with Liverpool's performance, following their 3-1 win against Manchester United.

"They're a much more rounded team. Defensively, they're so much better. They're in a far better position than they were 18 months ago and they do look like they're playing at that highest level now."

Roy Keane - "There are trophies on the way to Anfield"

"Can they maintain it? Without a shadow of a doubt. They have the squad, they all seem onside - when you win football matches you get that momentum, confidence. Unless they have a disaster with injuries to their attacking players, they'll be in the mix. 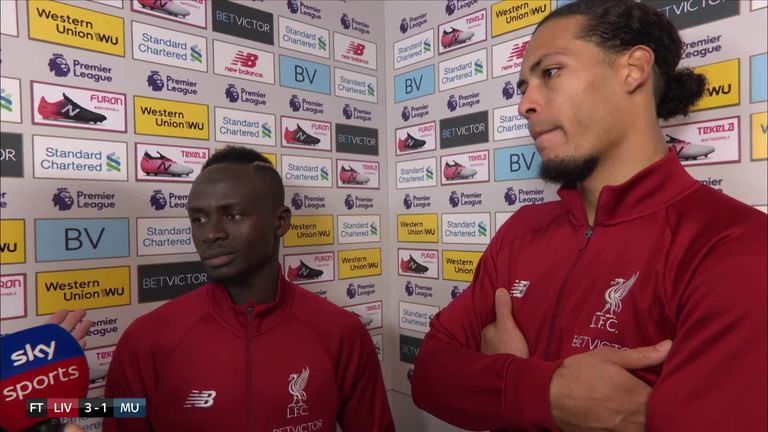 Sadio Mane and Virgil Van Dijk say Liverpool fully deserved their 3-1 victory against Manchester United, having dominated the game and maintained their focus throughout.

"We've thought with Liverpool over the last few years, yes, they're nice to watch but are they really going to be good enough to win the big prizes? I think the signing of Virgil van Dijk was massive. I know the goalkeeper made a mistake but he'll be a massive player for Liverpool and if they stay injury-free with the attacking players, there are trophies on the way to Anfield, without a shadow of a doubt."