Watch Manchester United vs Liverpool on October 20 from 3pm on Sky Sports Premier League; kick-off is at 4.30pm

Borussia Dortmund CEO Hans-Joachim Watzke has revealed he tried to lure Liverpool manager Jurgen Klopp back to the club in the summer of 2018.

Klopp won two Bundesliga titles during his seven years at Dortmund and transformed the club back into European contenders.

The German departed Dortmund in 2015 before taking up his current role at Liverpool a few months later and has since led the Reds to Champions League success.

Although Watzke wanted to bring Klopp back to the Bundesliga club, he admits he was not surprised that his former manager did not break his contract with Liverpool.

"I knew that Jurgen would [decline], that he will fulfil his contract in Liverpool," Watzke wrote in his new book REAL LOVE. A life with BVB.

"Jurgen has always fulfilled his contracts, but if you want to go new ways and we had to break new ground at BVB, then at least I had to ask Jurgen if he could possibly imagine that. 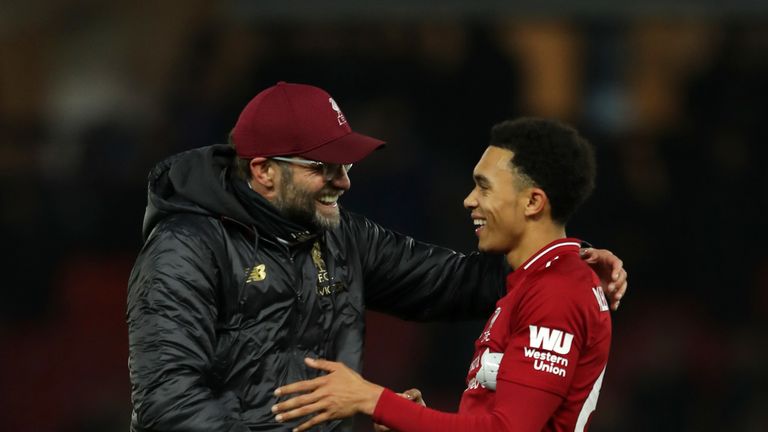 "I did not expect that at all, but I would not have forgiven myself for not asking him at that moment."

As well as guiding Liverpool to their sixth European Cup, Klopp has his side well placed to end their wait for a first league title in 30 years.

Liverpool are already eight points clear of second-placed Manchester City in the Premier League, and Watzke believes Klopp's ability to be so successful is due to the fact he is "always honest".

"The most important thing in our relationship was and is that we can rely on each other blindly," he added.

"Even in the most difficult phase, in the season of separation, when we crashed to the last place sometime shortly before the separation in the Bundesliga, that was the case.

"That sounds so obvious when you say that, but I've experienced it in a different way in this business and with other coaches."

Watch the Red Rivalry as Liverpool travel to Manchester United next up in the Premier League on Sunday, October 20 from 3pm on Sky Sports Premier League; kick-off is at 4.30pm.