Jurgen Klopp exclusive: If Liverpool find the right player, we can buy 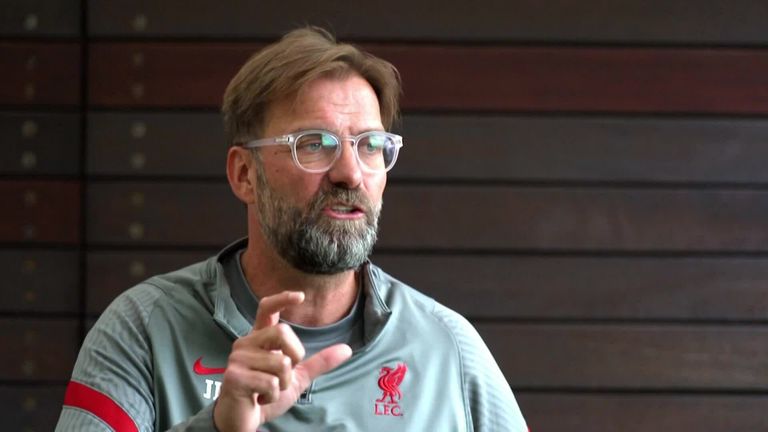 Jurgen Klopp speaks exclusively to Sky Sports about Liverpool's 'toughest season' ahead, the transfer market, and why he didn't want to face Leeds.

"It's a big one for all of us. I think it will be tough, tougher, the toughest probably."

Jurgen Klopp is under no illusions about the challenge ahead as Liverpool look to retain the Premier League in a season like no other.

Having won their first title in 30 years in bizarre circumstances, Klopp's battle ahead becomes more unique; Liverpool are, now more than ever, the team to beat, with more games packed into a shorter time period, and a winning team difficult to improve.

In an exclusive interview with Sky Sports' Geoff Shreeves, Klopp outlined the task ahead for the champions, Liverpool's transfer business, and the opening-day clash with Leeds, live on Saturday Night Football on Sky Sports Premier League and Main Event (Kick Off 5.30pm).

"It's a big one for all of us. I think it will be tough, tougher, the toughest probably. From 10 days on, when we play every three days, particularly the top five or six who have qualified for Europe, because European competition will be more intense than ever before.

"There's nothing experience-wise from the past that is helpful. You go to a different country to play, and two days later you play again. That's from late September to December at least. That's tough.

"We don't know how long we have to play without supporters, which makes this intense period even trickier, because the crowd can give you a boost in a game, so we have to do that by ourselves pretty much.

"In terms of being champions? Being Liverpool is always a challenge, wherever you go, they want to win anyway. Our challenge again will be to show again the greed, the desire, the mentality which we showed in the last years, to be successful again, as successful as possible. 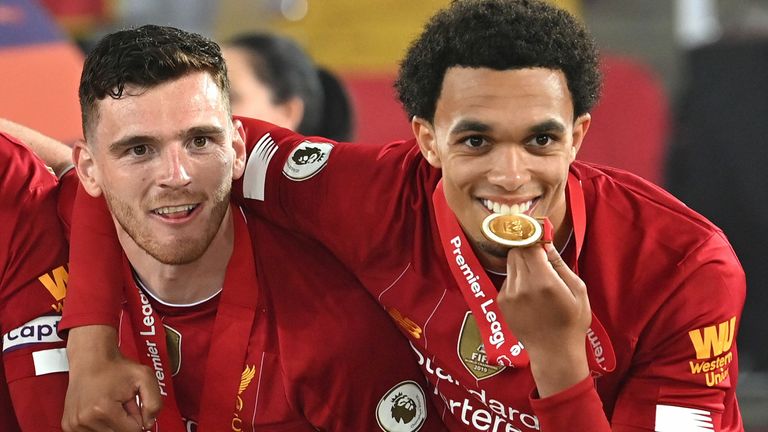 "We spoke very early in pre-season about these challenges. Doing the good things again is part of the answer, try to improve them, and work on the things that didn't work out as well.

"I didn't change. We tried to put in a lot in this season, because it's the only time of the year we really can train, so we try to create a basis which we can use for the full season. It will be interesting to see where we are exactly.

"Nobody here looked for one second tired or overly satisfied with the success we had in the past, because that's not possible in the environment we created, because it's a daily push, a daily kick in the butt with the sessions we have.

"I think we are as well prepared as possible, but it's difficult, really difficult, but the last years were also really difficult. It only looks when you look back and think: 'It was really easy'… it was not for one second easy. It was always a big challenge, and that didn't change."

'If we find the right player, we can sign them'

Liverpool have signed just one player in left-back Konstantinos Tsimikas this season, with the window closing on October 5. But how do you improve a side which earned 99 points last season?

They have been heavily linked with Bayern Munich midfielder Thiago Alcantara, with Gini Wijnaldum's future still not resolved, but Klopp is not concerned.

"Since I've been here, there has not been one transfer window where I've thought: 'If we don't get this player, we cannot start the season'. Not once. We are in a luxury situation that if we can bring somebody in, it will be a really good player, and if we don't, we have really good players.

"It's a little bit of theatre, this transfer business, but in all the years I'm here it's always the same. That isn't to say we always did things right, we did things as good as we could do.

"It depends on different things; one is finding the player, one is having the money and all of these kind of things. But I read this morning that somebody who saw my body language saw 'anxiety, or anger' or things like this. Interesting! That starts really early, judging my body language! I expect that for the season, when we lose a game, when everybody will look if I'm still the funny guy I used to be in some press conferences when we won a game, but this is really early, having not even played a game.

[If an exceptional player becomes available, can the club do it?] "It was always the case. Always the case. This club, since I am here, and before, spends what we earn. That was always the case. I don't know why this is so surprising now, it's nothing new. Pretty much everything we earn, we spend, if we have to in the moment. If not, we don't, because it makes no sense to throw money away.

"It must fit to the group. Influence from outside, which a transfer is, can help, 100 per cent. If we can find the right player, it will probably happen, if not, then it won't." 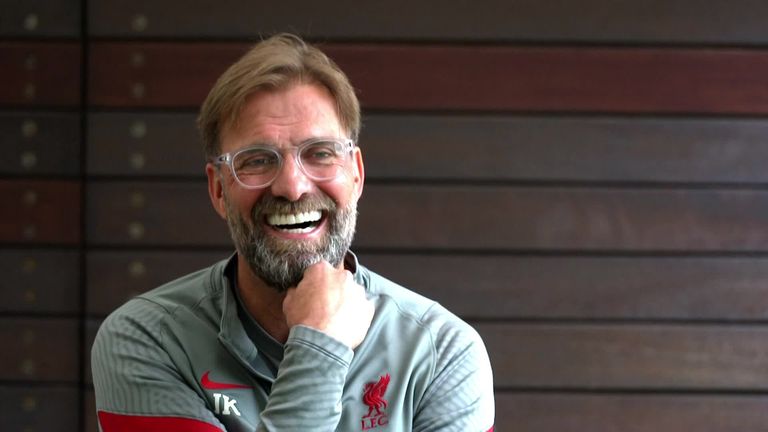 First up in Liverpool's title defence are newly-promoted Leeds on Saturday Night Football at Anfield. A comfortable start to the season? Klopp insists Marcelo Bielsa's side weren't even in his top 10 of sides he'd like to face.

"I can't wait to meet [Bielsa]. It's the first time in my life. I've seen him on television quite a lot. He's a proper character, obviously. I couldn't have more respect for what he's doing - what a guy - and how he's set up Leeds. Their style of play will suit them even more in the Premier League than the Championship, 100 per cent. They will be very, very, very uncomfortable to play against. We had that last year especially with Sheffield United! So different to all of the rest.

"Leeds, man marking over the whole pitch, super organised, really good players, speed, setting up 20, 25 traps on one pitch, and if you walk into one of them then you are in big trouble!

"It is unbelievably interesting. We are not in dreamland, and we cannot wish for things, but for sure they were not in the top 10 of teams we wanted to play on the first matchday. But that's how it is, and I'm really excited about it. It will be tough!"

"I think it would be the right thing. It would definitely lift the players in the dressing room and it would also challenge them.

"They are obviously motivated players with a great attitude, but you do not to challenge them and stimulate them. Sometimes you can ease off when you gain success but a new player spikes you.

"I do think Jurgen Klopp was quite clear in that interview that he wanted more players and more quality. He has sweat every single last bit out of this squad in terms of performance. And l think the players themselves deserve a little bit of new help. They probably have 14, 15 really good players and then the quality really does drop. I think they need one or two more."

Analysis: And where should Liverpool strengthen?

"But numbers-wise, it is the attacking front three. If one of them was to go down with a serious injury, l think it would really hurt Liverpool and they would find it difficult to go on and win the league. For me, they need someone to really challenge that front three. They have been vital, but they are at a similar age - 28 or 29 - and sooner or later they will need to be changed. I'd like to see Liverpool bring in someone now to take the pressure off that front three but also look to the future."

2020/21 Premier League season: How to watch on Sky Sports

At least 146 Premier League games will be shown live on Sky Sports in the 2020/21 season, with an additional six matches added for September.