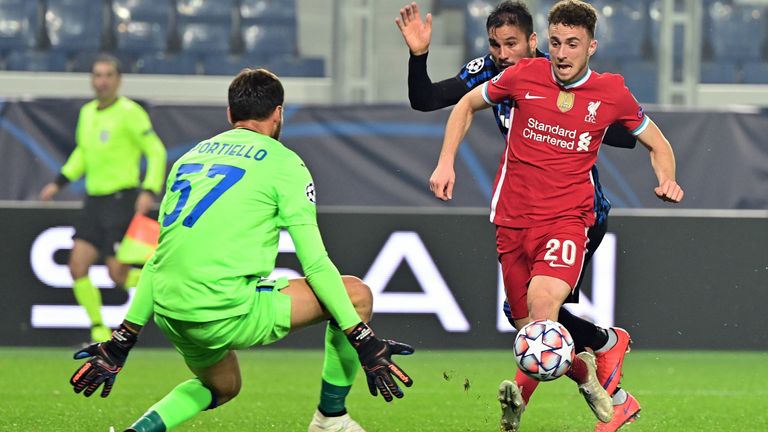 Jurgen Klopp welcomed Diogo Jota's continued fine form but swatted away suggestions it had given him a selection headache over Roberto Firmino ahead of Sunday's trip to Manchester City.

After scoring three crucial goals in Liverpool's last three games, Jota replaced Firmino in the starting line-up for Liverpool's Champions League clash at Atalanta and scored his first hat-trick for the Reds in a 5-0 rout in Bergamo.

With Firmino scoring just one goal for Liverpool this season, Jota's stunning treble added fuel to calls for his inclusion from the start when the champions take on title-rivals City at the Etihad Stadium on Sunday - live on Sky Sports Premier League.

But, speaking in his post-match press conference, Klopp swiftly dismissed any notion of a selection headache, saying: "Good performances never give me a headache.

"That was the decision tonight, it made sense to use the shape Diogo was in, and because of the way Atalanta plays and defends, it made sense that the skillset of Diogo helps.

"But the world is sometimes really in a bad place when the moment someone's shining, we speak immediately about another player who had played what feels like 500 games in a row.

"We would not even be in the Champions League if Bobby Firmino wasn't with us, and immediately I have to explain why he's not in the team. He will be in the team.

"For a lot of people in the world, if you asked them what makes Liverpool on Sunday special, they would say the way Bobby Firmino is playing.

"It's important for us that we have more than 11, and tonight Diogo used his shape in an incredible way and played a super, super game.

"But that says nothing about Bobby and has nothing to do with causing me headaches. I'm more than happy that the boys played like that tonight."

Liverpool's scintillating attacking performance - which also featured goals from Mohamed Salah and Sadio Mane - was underpinned by an exemplary defensive display which featured Rhys Williams, who made his full Champions League debut after coming off the bench in the opening two group games.

The 19-year-old produced a faultless performance as Liverpool secured their third Champions League clean sheet on the spin and showed further signs of being able to fill the void left by injured talisman Virgil van Dijk.

"Rhys was exceptional," Klopp added. "I cannot imagine being 19 years old and playing my [third] professional football game in the Champions League against [Luis] Muriel and [Duvan] Zapata. I would have been nervous like hell, the boy was not, and that helps massively.

"But defending is obviously a common thing, and how the team defended tonight was absolutely incredible. We've had to obviously change things because Virgil is not there anymore, so we have to share that responsibility on 10 shoulders now instead of one.

"What the last line did tonight, supported by the others, was incredibly good, but everyone has to step up now. Andy Robertson, Trent Alexander-Arnold and Joe Gomez, they are now in charge, and whoever plays with them - it's different with Joel [Matip] but if one of the younger ones - they are the most experienced and they have to demand them to command things. 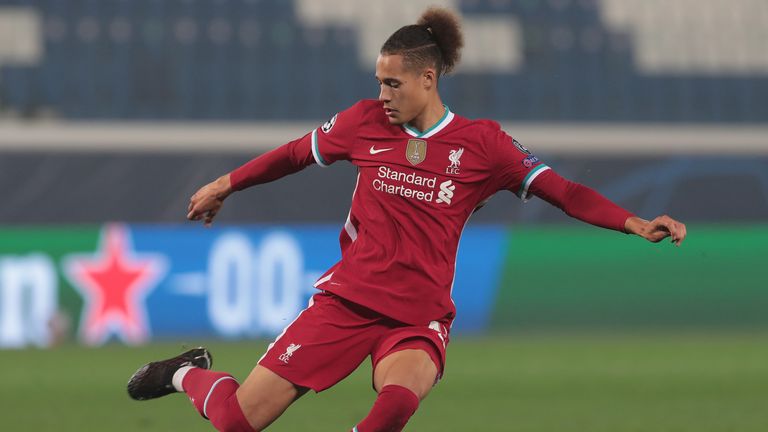 "It's really nice to see and I couldn't be happier for Rhys, you should see him in the dressing room, it's not possible to take the smile off his face."

Klopp also heaped praise on goalkeeper Alisson Becker for a string of saves to keep Atalanta striker Zapata at bay in the second half while preserving Liverpool's emphatic scoreline.

"I've been in this business long enough to see when a team is playing good football and can cause problems," he said. "That hasn't changed because of the game or the result tonight.

"We are a good team, we know that, we have to play well and fulfil our potential, and that is what the boys did tonight.

"We defended Atalanta at an incredibly high level and played top football ourselves and scored goals. We scored five goals, could have scored two or three more, but Alisson had to make three big saves as well.

"You could see the threat was there if we allowed them to do what they were good at. The overall performance was really good, that's why we won the game. The result was not important, we only wanted to win."

'No doubt Jota should start against Man City' 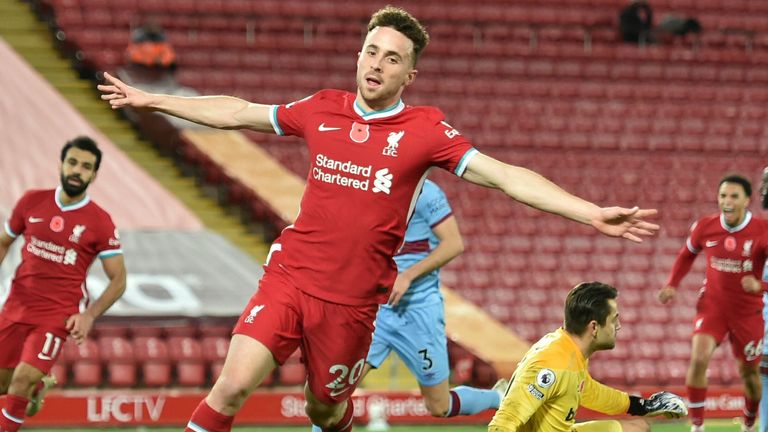 Former Liverpool defender Jose Enrique says Jota should keep his place in the side against Manchester City.

"Yes for me, no doubt," Enrique told Sky Sports News, when asked if Jota should remain in the starting line-up.

"Obviously he was out… I'm not sure if it was an injury or what, hopefully we will have more news about that. But definitely he deserves a starting spot. 100 per cent."

Enrique added: "To be honest he has been fantastic. You could see yesterday he was ahead of everyone. He was unbelievable.

"He had another chance early on as well, where he did unbelievable movement and nearly scored. He is in very, very good form and deserves the starting spot he's getting right now."