Liverpool manager Jurgen Klopp: "Ray Clemence is one of the reasons our club is such a special one all these years later. He was one of the foundation stones that so much of this club's success was built on" Gareth Southgate, Jamie Redknapp and Ashley Cole pay tribute to former Liverpool, Tottenham and England goalkeeper Ray Clemence who has died at the age of 72

Jurgen Klopp has hailed Ray Clemence as an "extraordinary player and a wonderful person" after the Liverpool legend died on Sunday, aged 72.

Clemence - who was diagnosed with prostate cancer in 2005 and also received treatment for a brain tumour - made 665 appearances during a 14-year career with the club.

He signed as an 18-year-old for £18,000 from Scunthorpe in 1967 and went on to win five First Division titles, three European Cups, two UEFA Cups, the European Super Cup, the FA Cup and the League Cup.

Klopp said: "This is an extremely sad moment for everyone associated with Liverpool FC and we, as the current team and management, send all our love to the family.

"We should never forget it is great players who make great teams and clubs. You only need to listen to the legends of LFC from his era to understand his significance.

"They say it better than I ever could; that Ray Clemence is one of the reasons our club is such a special one all these years later. He was one of the foundation stones that so much of this club's success was built on.

"Our feeling in this moment is of course overwhelmingly sadness, but it is also appreciation. Our fans will remember with fondness an extraordinary player and a wonderful person who contributed so much to Liverpool Football Club.

"He and his loved ones are in our thoughts and prayers. You'll Never Walk Alone."

Sir Kenny Dalglish also paid tribute, tweeting: "Clem was a fantastic team-mate and great to be around.

"I will never forget how he helped me to settle in at Anfield. Our thoughts are with the Clemence family. RIP Clem." 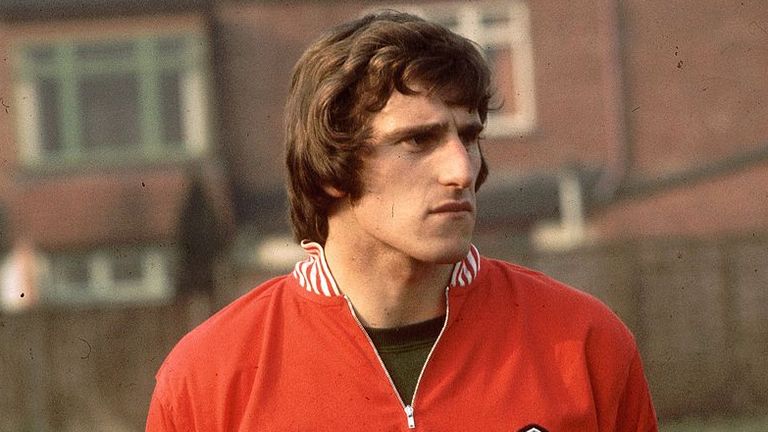 Alan Kennedy has paid tribute to his former Liverpool team-mate Ray Clemence, who has died at the age of 72

Ian Rush added: "RIP Ray Clemence. It was an honour to know you and to get the chance to play with you."

As well as establishing himself as arguably Liverpool's greatest ever goalkeeper, Clemence also enjoyed a long international career, winning 61 England caps over 11 years.

However, he surely would have won many more were he not competing with Peter Shilton - who won a record 125 caps - for the No 1 shirt.

Speaking to Sky News, Shilton said: "I always looked upon Ray as a real friend, and we were real rivals as well for 10 years altogether.

"Ray's been battling for quite a few years with his illness and I texted him when he was in hospital and he said, 'I'm struggling a bit, Shilts'.

"I said, 'there's an awful lot of people who want you to get better Ray,' and he sent a thumbs up. He was a definite fighter but it's a definite loss to the game.

"The thing about Ray, he always kept his feet on the floor, he was a good lad, and really liked by everybody.

"We always had a good laugh, and that was the thing about Ray, he had a good personality, a great character.

"I started quite a while before as a professional and Ray came in a bit later. He had natural ability, reflexes, agility.

"He's up there will the best goalkeepers of all time." 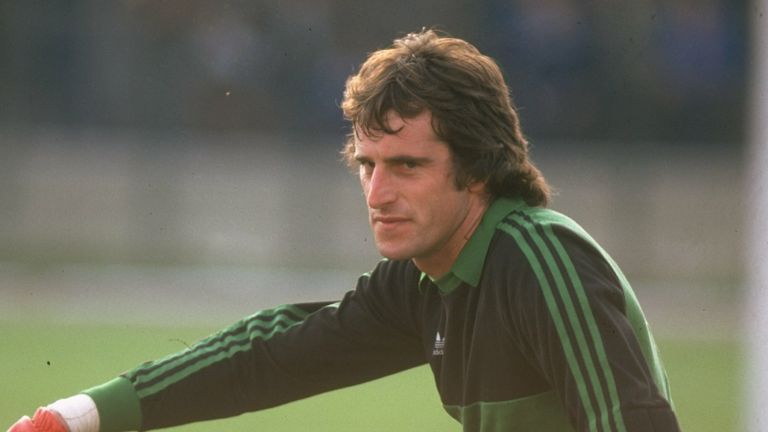 Former Liverpool and England player Jamie Redknapp pays tribute to Ray Clemence who has died at the age of 72, calling him 'a true legend of the game'

Clemence left Liverpool to join Tottenham in 1981, going on to win another FA Cup and UEFA Cup before retiring in 1988 after suffering an Achilles injury.

His former Spurs team-mate Ossie Ardiles tweeted: "So, so sad to heard the news of Raymondo passing away. He was a great goalkeeper, wonderful companion, friend.

"He battled this illness right until the very end. We will miss you. Rest in peace my friend.

"My family and my thoughts and prayers go out to Vee, her family and friends."

Clemence later moved into coaching and spent 17 years as part of the backroom staff with the England team - whose players wore black armbands to commemorate him during their Nations League game in Belgium on Sunday night. 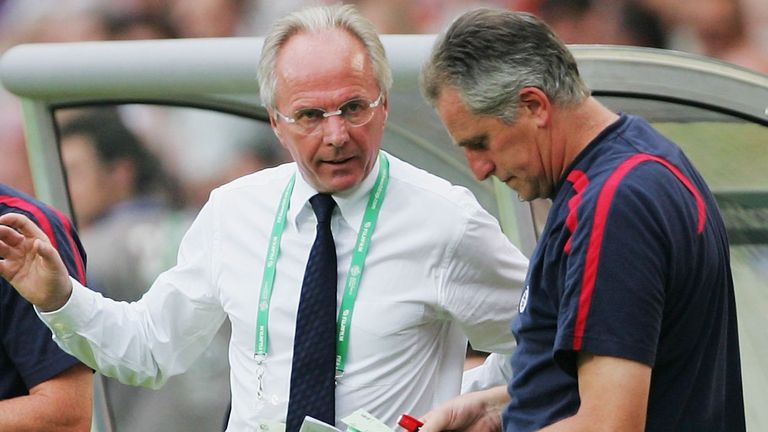 Sven-Goran Eriksson leads the tributes to former England goalkeeper Ray Clemence, who has died at the age of 72

Former England boss Sven-Goran Eriksson said: "I'm really sorry for him and his family. As a player, he was one of the best ever.

"To work with him was fantastic. I was very keen to keep him as long as I was manager of England. He was positive, he was happy, he had good humour.

"He was very skilful too as a goalkeeping coach. When I started the job, I asked him who was the best goalkeeper, and he chose sometimes. I trusted him 110 per cent.

"He was a great man to me, not only on a professional level, but also a great man personally and we became close friends." 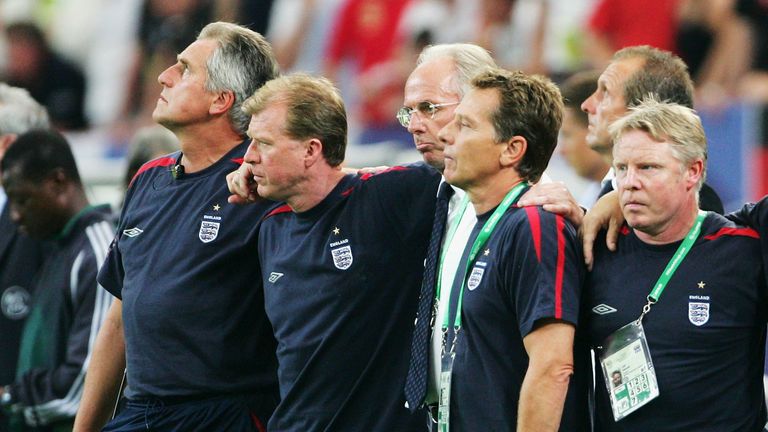 Fabio Capello also shared his memories of Clemence, saying: "Ray was a fantastic person and a good friend. He was a very important member of the England coaching staff, liked and respected by everyone.

"When I first arrived in England, I remembered Ray as a brilliant goalkeeper with Liverpool, Tottenham and the national team. He was also an excellent goalkeeper coach.

"A gentleman who had a great sense of humour. We often played golf together with Sir Trevor Brooking, which I always enjoyed. 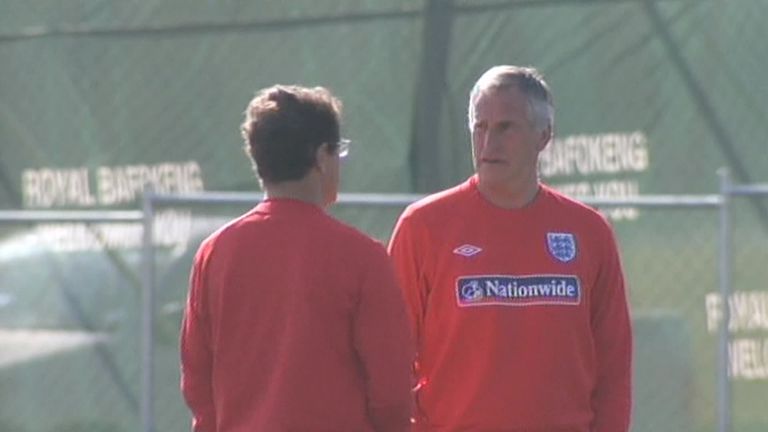 "I really appreciated his knowledge and loyal support while I was the England manager. He will be greatly missed. I would like to send my deepest condolences to all of Ray's family."