Liverpool sign up for StatsBomb 360: Ted Knutson explains why this stats revolution will change the game

Liverpool are the first club to sign up for StatsBomb 360 – a new level of analytics that could change the game. In an exclusive interview with Sky Sports, Ted Knutson, founder and CEO of StatsBomb, details his journey and why this is the next step for football

Ted Knutson was sat watching Chelsea Women play when it happened. “I paused the screen,” he tells Sky Sports. “They were doing one of our corner routines. I had created something and designed something that was now on my television. I was just so excited.”

The American founder and CEO of StatsBomb, football's fastest growing data provider, is going to have to become more relaxed about this growing influence on the game. Premier League champions Liverpool are the first club to take up his new data tool, StatsBomb 360.

This is the next level of analytics, providing data scientists with a deeper understanding of the game. Liverpool are already a customer and perhaps the ideal fit for the company given that it was StatsBomb whose work on pressing revolutionised football's stats game.

"In the research that we had done, pressure felt like it was going to be - or already was - really important in the coming years and that turned out to be true," Knutson explains.

"Our pressure suite took defensive events from 30 per game to 300 which is a big difference in one of the underappreciated parts of the game. Being able to credit players like Roberto Firmino for all their work up front has helped teams flag up a different style of player."

StatsBomb 360, which had its public launch on Wednesday, is the next step. It allows teams to know exactly where every player on the pitch is across thousands of in-game events.

This is what club analysts were waiting for.

"Line-breaking passes are something we get asked for a lot. They come out in this data. Passing lanes and ball receipts in space come out in this. The actual distance of defenders from the player. If you need to replace David Silva then these things are pretty useful." 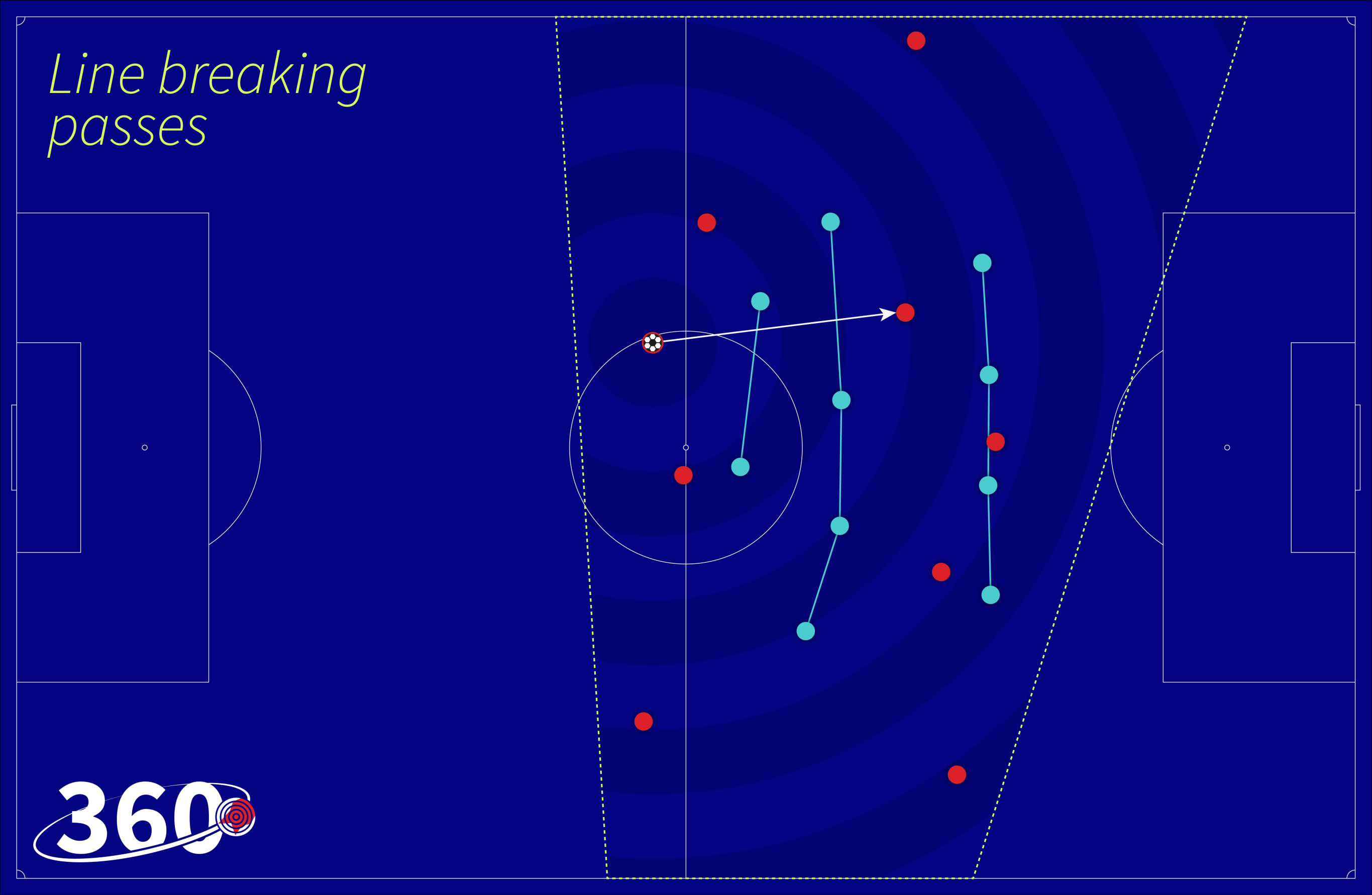 This level of analytics is beyond many supporters but this is the minutiae into which the biggest clubs in the world now delve, particularly with multi-million pound recruitment calls to make. "Half of football now recognise they need this stuff. The other half will get there."

He was seen as an interloper upon making the transition from the gambling industry. But Knutson's chance in football came when Matthew Benham bought Brentford and Danish club FC Midtjylland with a view to gaining an edge through analytics. He largely succeeded.

Knutson does not necessarily look like the British game's idea of a football man. With his distinctive American accent, he certainly does not sound like one either. "There was a lot of scepticism in football about somebody from the outside who had never played the game."

After going it alone - "a lot of consulting, guiding people around player values and things like that" - the problem of being seen as different to the usual decision-makers persisted.

"Even inside the football clubs where we had owner support, you would go into the coaches and they just don't want to listen to you. 'Why are you here? This is hassle for me.'"

That started to change when people began to understand that Midtjylland's extraordinary success from set-pieces - they scored 25 goals this way in their 2014/15 title win, more than twice as many as any other team in Denmark - was not a fluke. In fact, it was teachable.

This was a step in the direction of coaching, a risk for a self-confessed "quant" and there was still resistance. "Maybe we could help with stats and recruitment, whatever, but the set-piece thing? No way. Even Midtjylland's success was not enough to convince people."

But Knutson himself started to change. "We learned to talk the right vocabulary, and talk in football terms." He and his colleagues at StatsBomb, including James Yorke, ran courses. Half of the Premier League attended. "There was no longer any scepticism after that."

It has helped that the game itself has changed. "England, in particular, was at the cusp of its Moneyball moment," he says of those early forays. "I don't even know if we should call it that any more but people understand what I mean by that. This felt like the future.

"It is not like we had the only original ideas but we were pretty early to this. This stuff was very nascent even as late as 2016. You were only just starting to see teams hiring guys who knew how to work with stats. Now, you are seeing it happen all over the place."

Not that Knutson has had a passive role in that process.

Firstly, it is not quite true to say that StatsBomb is solving a problem that club analysts wanted solving. "At first, we were telling them there was a problem," he says, laughing.

Secondly, one of the reasons why more people are listening now is because the analytics community is tight knit. The tentacles of influence are growing. Former Brentford colleagues are now at Manchester United and Wolves. The word is out who has the best data.

That is because StatsBomb are now a fully-fledged data company with their collection hub in Egypt in partnership with Arqam. "We just could not find anyone interested in doing it, so we did it ourselves," says Knutson. "That really changed the trajectory of the company."

The added level of detail that factors in the locations of every player on the pitch has already transformed our understanding of expected goals when applied to shots.

Burnley had previously been seen as a statistical freak because the metric could not explain how they managed to keep the ball out of the net so often despite giving up lots of chances. StatsBomb data revealed what most suspected - they had more bodies in the way. "They moved from clear relegation under existing xG up to about 11th or 12th with the new data."

StatsBomb 360 applies this greater level of understanding not just to shots but to many more match events. "We were doing it with 25 to 30 events per match and that had a huge impact on expected goals numbers. Now we are doing it in 3,300 events per match."

What will this reveal? The biggest difference could be an improved knowledge of exactly what it is that makes a good defender - seen by some as the holy grail of stats. 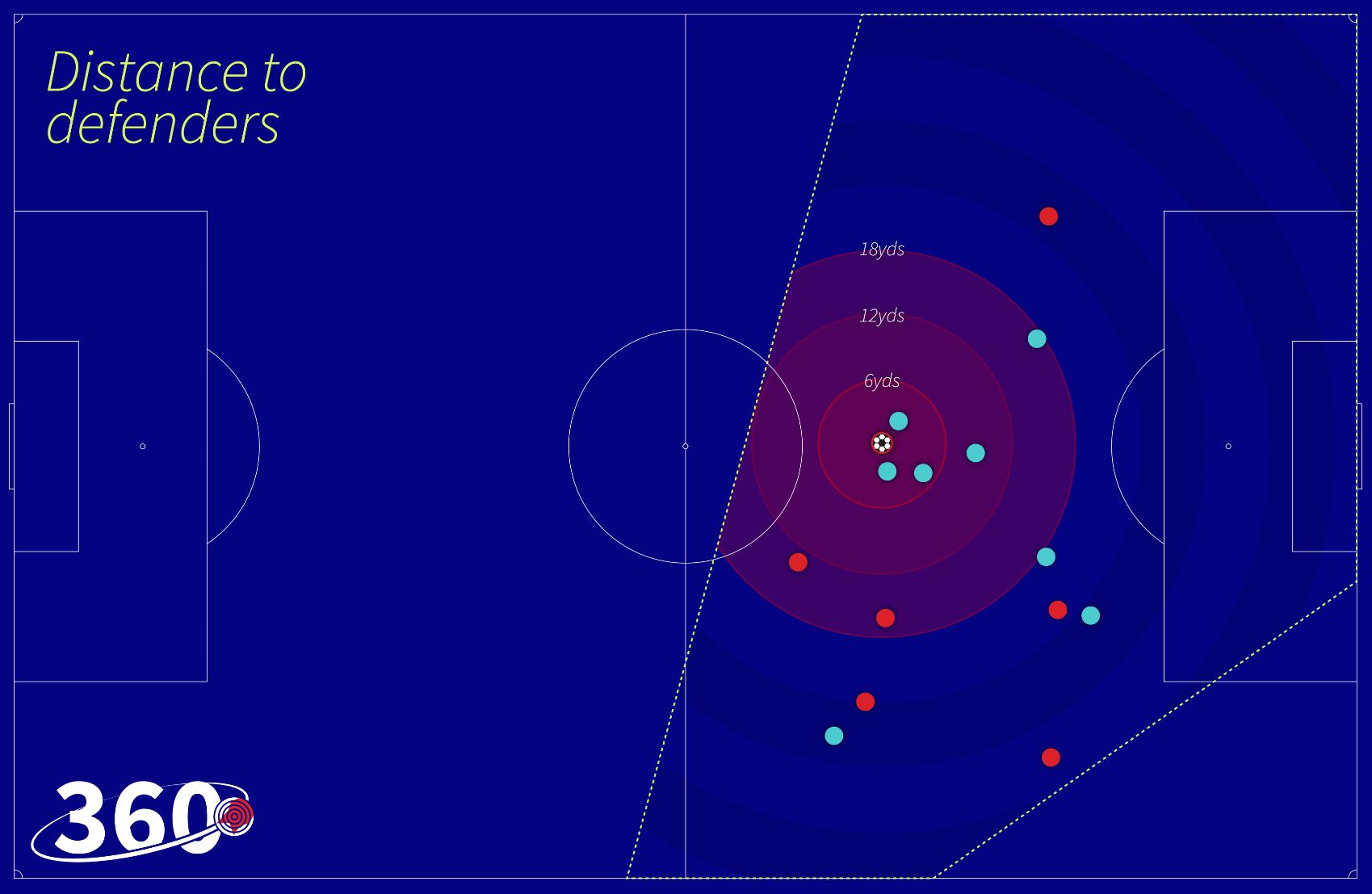 "Assigning defensive responsibility for stuff is one of the missing elements in the game right now. We are trying to make that more accurate. Value in buying centre-backs, especially, is enormous. So, can you find those players who are exactly what you need for your team?

"When we start to get that information on defensive positioning, what you will find is, 'Oh, that guy is literally two metres out of position on a regular basis.' Teams will get a sense of that faster and more accurately and use that to profit or stop the opponent profiting.

"You know exactly what the pressure is like, when there are multiple pressures and clusters of defenders. You can gather shape information which is pretty important."

This is not just about defence. Knutson cites Jack Grealish and Eden Hazard as ball carriers who disrupt defensive shape and whose impact could now be better understood.

Perhaps most interestingly, it will be possible to rate the decisions made by players in possession far more accurately now. Previously, players whose passes created chances were given the credit. Now, a different picture emerges. Maybe there were alternatives. Maybe that player on an inferior team would make better passes given the same opportunities.

"You get much clearer information about what was available to the player and the context of the situation. That gives you a much clearer idea of their options and therefore allows you to assess their decision-making, which has been a crucial question in football.

"It is not something that maybe excites fans but if we can give an analyst two hours of their week back, in a job that is pretty relentless, that is valuable." 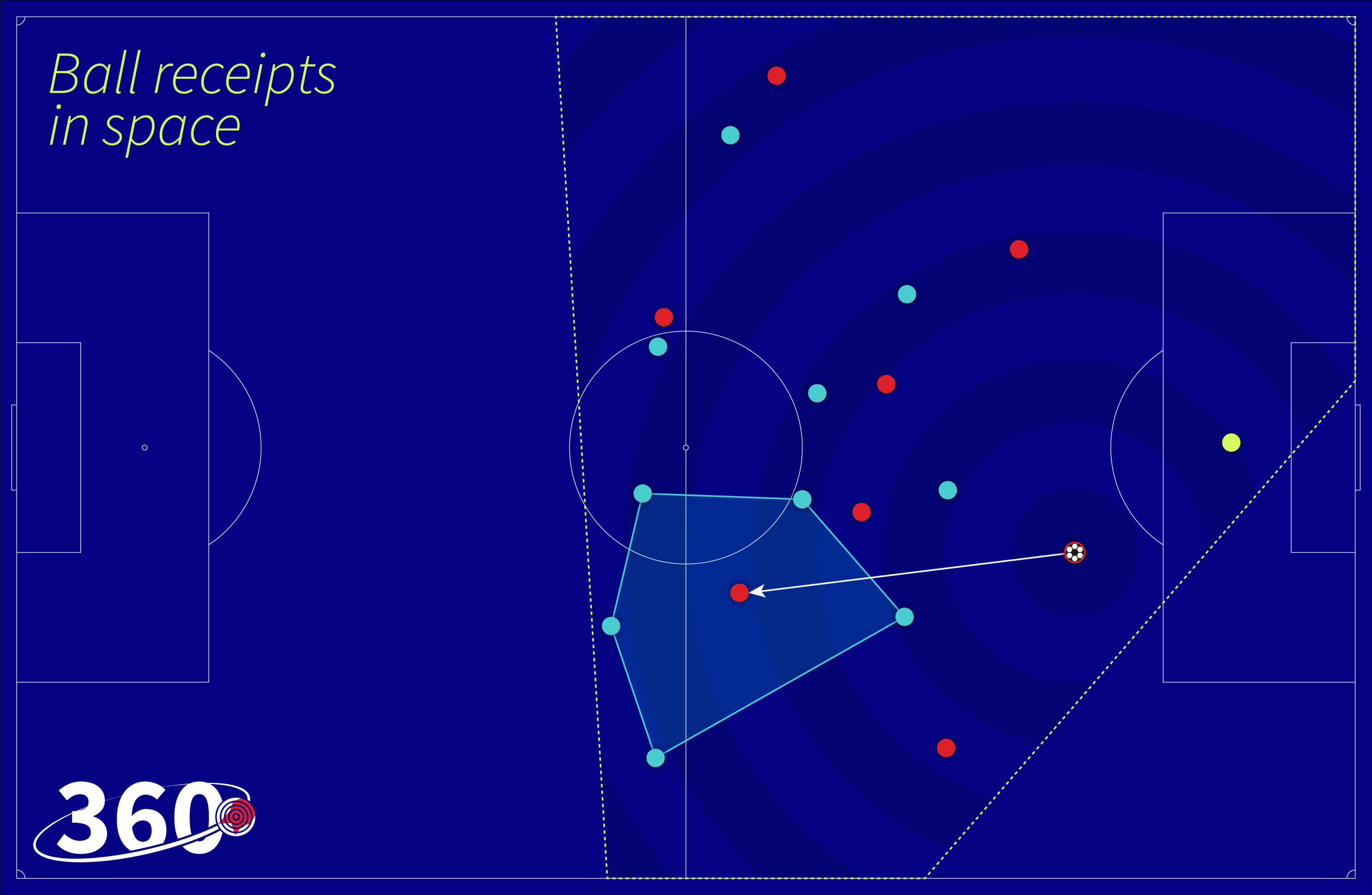 Let's be more specific. A team finds it is able to create repeated overloads on the left wing but senses their overlapping full-back is not taking full advantage of the situation. Data can now find every example of similar situations and reveal what other full-backs do.

In the past, teams might watch every goal or every assist. Now they can see the full picture. "Not sexy situations," as Knutson puts it. "But situations that happen all the time."

He adds: "If we can start to build a search engine around this and you can show me all the situations that look exactly like that, show me when the opponent looks like this, show me when this player we are trying to recruit looks like this, and tie it to a video engine then you can see that next level of analysis being available to people in time."

Clubs could even identify the coaches who build attacks in the same way.

"These are the situations we like in Pep's team. So show me other coaches in the world who create these situations on a regular basis. That could help your head coach search.

"We know that it will take us time to learn all of the cool stuff that we can do. We will realise there are things that we had not thought about initially. But this is a fun process, learning more stuff about the game. Who does not want to do that?

"The opportunities really are limitless."

Liverpool are among the first clubs to explore those opportunities but they will not be the last. Speaking on launch day, Knutson is already looking to the future.

"People are just scratching the surface, especially around throw-in space," he says, while acknowledging his "focus is shifting to the other football" as he plans to progress NFL analysis. But he is far from done with the round ball. There is always the next thing.