Jamie Carragher on Mohamed Salah contract situation: "He's a Liverpool legend, one of the club's greatest ever players, it needs to be sorted sooner rather than later" 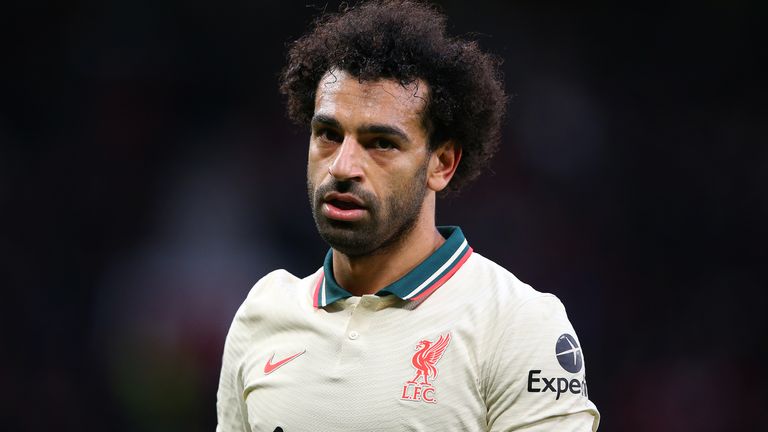 Jamie Carragher has warned Liverpool’s owners they will never be forgiven if they allow club legend Mohamed Salah to leave the club.

Egypt international Salah, whose current deal at Liverpool runs until the summer of 2023, has consistently expressed his desire to remain at Anfield amid ongoing talks over a new contract.

In a recent interview with GQ magazine, Salah claimed he was "not asking for crazy stuff" during negotiations with Liverpool which Reds boss Jurgen Klopp insists are "in a good place".

Salah, who along with Senegal's Sadio Mane is away on Africa Cup on Nations duty, was absent as Liverpool failed to overcome 10-man Arsenal in the semi-finals of the Carabao Cup on Thursday.

It was a performance Carragher felt amplified their importance to Liverpool, as well as the need to get Salah's future sorted as a matter of urgency. 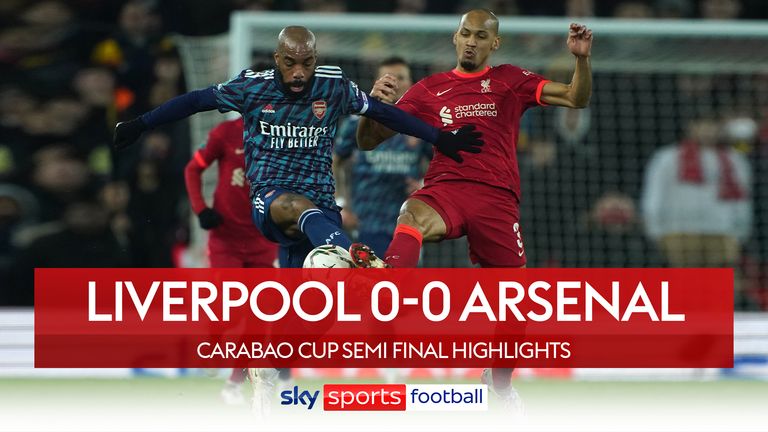 "Those two players [Salah and Mane] are obviously a big miss and this talk of Salah's contract will probably intensify even more because when he is not there, you see the effect it has," Carragher told Sky Sports after Arsenal's 0-0 draw at Anfield.

"As a Liverpool supporter you should be wary that this [Salah's contract situation] is dragging on. Other big players at Liverpool have signed contracts in the last three or four months, the goalkeeper [Alisson Becker], Trent [Alexander-Arnold], Virgil van Dijk, huge figures in this team.

"Salah wants to be paid as well as any top player in the Premier League or world football, and why shouldn't he? He deserves that, we're talking about one of the best players in the world.

5 - This was the fifth time that Liverpool and Arsenal have registered a 0-0 draw when facing each other in the League Cup, more than any other fixture in the competition’s history. Sparse. pic.twitter.com/iU1xXC3dul

"The problem, and the angle Liverpool may be looking at it from, is where Salah would go? The Spanish giants [Real Madrid and Barcelona] are really out of the equation now given the problems they have financially. Would Salah leave and ruin his legacy by going to Manchester City or Manchester United? Probably not, so that's probably Liverpool's bargaining chip.

"I would love this deal to be done as quickly as possible. You cannot forget the price Liverpool signed Salah for. It wasn't as if they went and spent £100million, they did what they are great at and did a brilliant deal. The money they have invested in him already - transfer fee and wages - has been a snip.

"This is not a case of giving the player exactly what he wants, but Liverpool Football Club and the owners, I don't think they would be forgiven if Salah left this club in the summer or in 18 months' time.

"He's a Liverpool legend, one of the greatest players the club has ever had, and it needs to be sorted sooner rather than later." 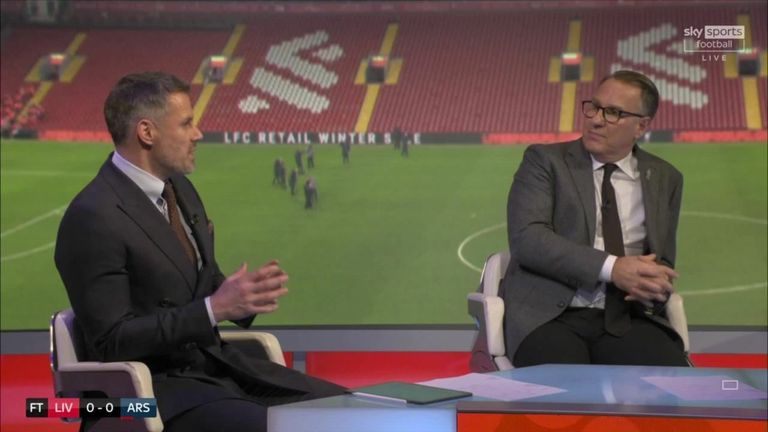 Liverpool were handed the numerical advantage for 71 minutes when Granit Xhaka was shown his second red card of the season - and fifth since joining Arsenal - but the below-par Reds failed to seize the first-leg initiative, with Gunners goalkeeper Aaron Ramsdale forced into just one save.

"There isn't a team that wouldn't miss Sadio Mane, Mo Salah and Naby Keita," Klopp conceded after the stalemate. "Could we have been better prepared? I don't think so. This is the situation." 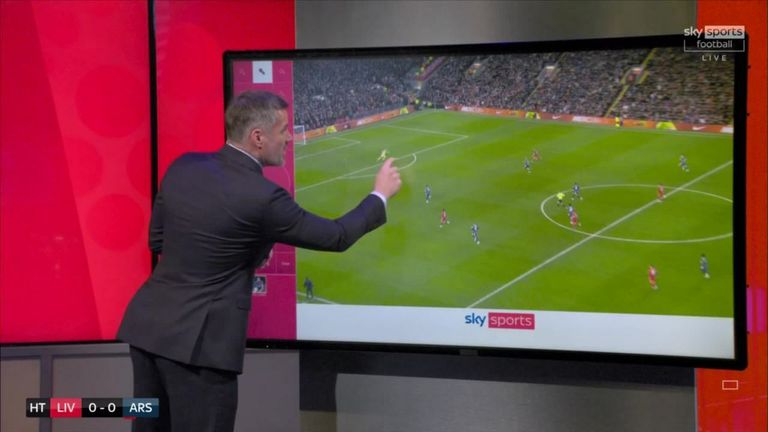 Carragher echoed Klopp's assessment and claimed the drastic drop-off without Salah and Mane will give Liverpool's upcoming opponents room for optimism.

"That has been the thing about Liverpool, they have had a great 13 or 14 players they can really rely on," Carragher said.

"What's brilliant about Salah and Mane is not just their ability but the fact they are never injured. They play every single game.

"With Brentford at the weekend, the return leg, and a Premier League game at Palace, opposition will be looking at Liverpool without Salah and Mane and thinking there is a big drop-off." 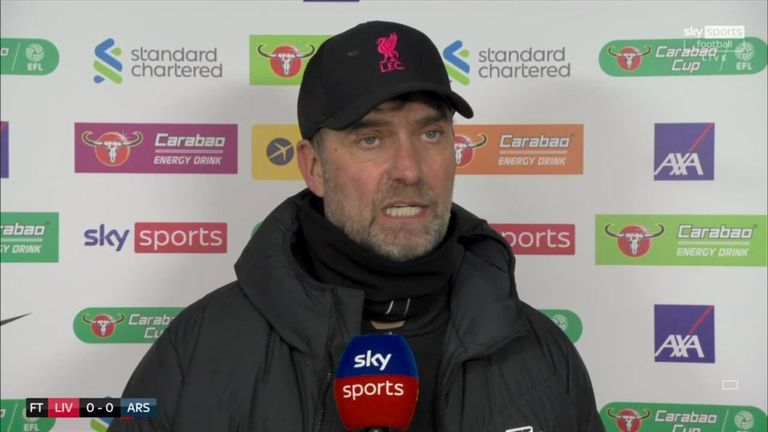 Sky Sports pundit Paul Merson added: "The biggest worry tonight if I were a Liverpool fan? Salah and Mane. If they play tonight, it's a different story. 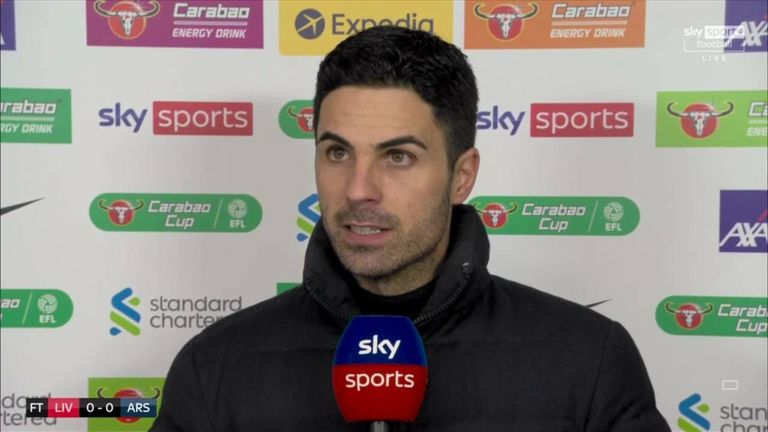 Arsenal manager Mikel Arteta praised the defensive effort which earned his side a goalless draw against Liverpool in the first leg of their Carabao Cup semi-final - but fears it may have put Sunday's north London derby in doubt.

With Xhaka now suspended, Cedric Soares and Bukayo Saka injury doubts after limping off, four other players injured or out with Covid and four at the Africa Cup of Nations, Arteta could be without 11 players for the trip to Tottenham - live on Sky Sports.

"I am really proud of the what the boys did today, in a difficult stadium against a great opponent and playing 70 minutes with 10 men," he said. "It was about the fight, the spirit and commitment and quality to play the game.

"When you play with that spirit and fight and brotherhood around the team you get rewarded, and I think that is what happened."

But on how the knock-on effects may impact this weekend's Premier League match, Arteta added: "I don't know. It is a possibility in every game, from our side, from the opponents' side, because of the amount of issues everyone is having and because it is happening every week.

"We try to prepare games thinking we are going to play. If something happens along the way, it is what it is."