Brendan Rodgers says Liverpool must sign a new striker in the summer after their goalless draw against West Brom.

His side were held to a goalless draw by Tony Pulis’ Baggies on Saturday and Manchester City’s subsequent 3-2 success at home to Aston Villa has left Liverpool seven points adrift of the top four in fifth.

With Daniel Sturridge injured, Mario Balotelli started up front for the first time since November but failed to hit the target in 75 minutes before being substituted for Fabio Borini.

Following 31-goal Luis Suarez’s departure to Barcelona last summer, none of Liverpool’s strikers have got into double figures this term.

“We will look at it in the summer and it's somewhere we will have to do some work on,” said Rodgers.

“I give credit to the players because they came out after a difficult result and performance last week [a 2-1 FA Cup semi-final defeat to Aston Villa] and showed great confidence.

"They defended well and attacked with all the invention and creativity as we possibly could.

"We just don't score as many goals, it's as simple as that. The players have given the same effort and attitude but we had two players last year [Luis Suarez and Sturridge] who played in the front three who got 50 plus goals and we don't have it now." 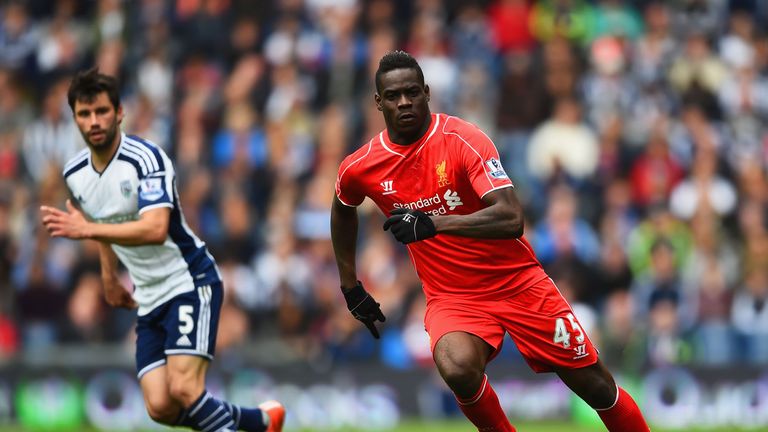 We will look at it in the summer and it's somewhere we will have to do some work on.

Rodgers also believes his team must win their last five games to reach the Champions League.

Fourth-placed Manchester United and third-placed Arsenal have the opportunity to extend their advantage over Liverpool on Sunday and Rodgers says the Reds can’t afford to drop any more points.

“It'll be very difficult. I felt of the six games we certainly needed to win five at least so now we have five to go and we'll have to look to win them to give ourselves a chance,” he said.

“You never know what happens above you, that's the thing with football, but what you have to do is make sure you keep the pressure on.

"This is a difficult place to come, Tony's teams are strong, we have got a point and now we look to our game in hand in the week (against Hull) and look to get three points there."