Sterling has been linked with a move away from Anfield following reports he is not willing to sign a new deal, but Henry is advising the 20-year-old to think twice before making a wrong decision.

Speaking after watching Arsenal draw 0-0 with Sunderland, Henry told Sky Sports: "I think we all know that he's been receiving some bad advice.

"You can't go out there and talk about your contract in the press. You have to respect your fans, respect the club that you play for.

"If you want to leave Liverpool or not, when you make the decision about leaving or staying, then do it. Don't discuss yourself in the paper.

"I went through the same thing. When I was young I had a problem with Real Madrid and Monaco because some guys that were around me were putting stuff in my head.

"I lost my football, mentally I wasn't there anymore, I wasn't concentrating on anything, and therefore it looked like I was going to have a good career and people were questioning me when I hadn't even started my career. 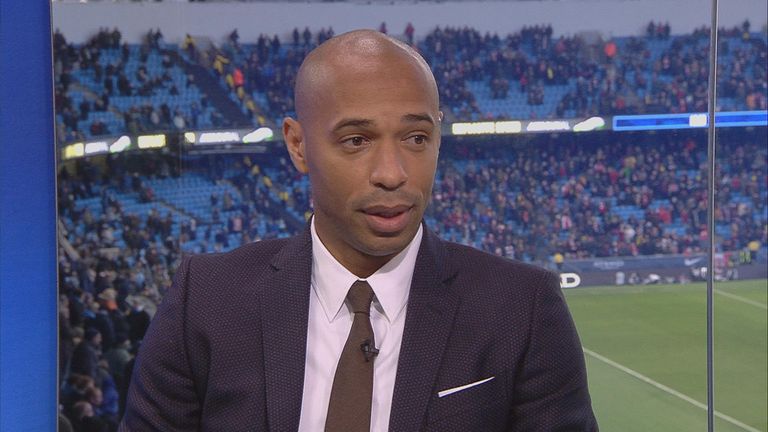 But the Frenchman says he would be happy to see Sterling return to London to join his old club if he makes a decision to call time on his three-year spell at Anfield.

"We all know he's a Londoner, and we know Arsene Wenger is interested in him."