Alexis Sanchez can lead Arsenal back into the Champions League and will not be sold by the club, says Arsene Wenger.

Sanchez told Chilean media he wants to play in Europe's top competition, which the Gunners failed to qualify for after their fifth-placed Premier League finish, and that a decision over his future rests with Arsenal.

Wenger remains adamant Sanchez will not be leaving the Emirates this summer, though, revealing the club's stance is already clear.

"The decision has been made and we will stick to that," Wenger said of Sanchez, who is still a target for Manchester City according to Sky sources.

"The decision is not to sell."

Wenger, whose side are preparing for a pre-season game against Bayern Munich on Wednesday, played down Sanchez's comments regarding Champions League football.

"I don't give too much importance to things that are translated, you know," he added. "The whole interview that I got didn't really mean that.

Alexis Sanchez and Pep Guardiola could be set for a reunion. But is it a match made in heaven?

"We rested sometimes players in the group stages of the Champions League for the Premier League so that's become the biggest importance for us.

"We played 20 years in the Champions League, that's 17 years before Sanchez arrived and three years with him so he can get us back in there."

Robin van Persie was sold to Manchester United for £24m as he was due to enter the final year of his Arsenal contract, going on to steer United to the Premier League title the following season, but Wenger denied any sense of deja vu.

"Every case is different, Van Persie was going from 30 to 31, when he left he had one year on his contract," Wenger added. "Sanchez is younger."

Arsenal have brought in Alexandre Lacazette from Lyon for a club-record fee which could rise to £52m, but Wenger said the club could yet add more signings in the current transfer window. 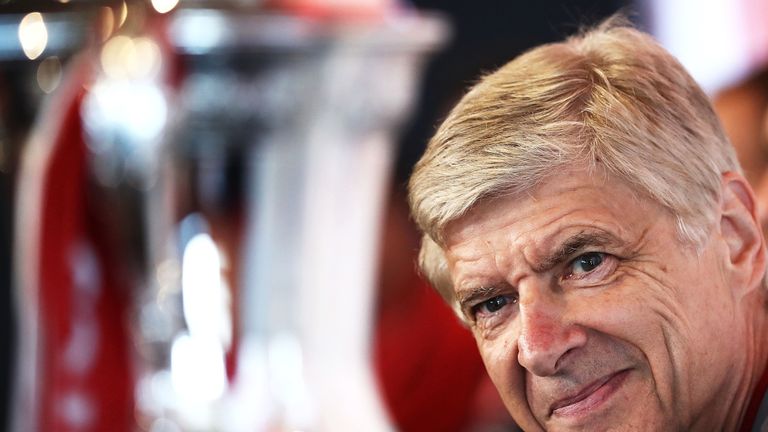 "We are still open to strengthening our team with players coming from outside."

"There are two ways to strengthen the squad - the first is to analyse where we have not done so well and where we can improve together, and the other way is to bring in players from outside," he told Arsenal Player. "We are still open to strengthening our team with players coming from outside.

"We are very active on the transfer market and have already realised two incomings. We have to keep a balance as well, that you don't destabilise the team too much by bringing in too many players.

"But we are still active on the transfer market so let's see what kind of opportunities we can find."