Denis Suarez has joined Arsenal on loan from Barcelona until the end of season.

The midfielder has extended his contact with Barcelona by a year to June 2021 but Arsenal have the option to make the loan deal permanent in the summer. 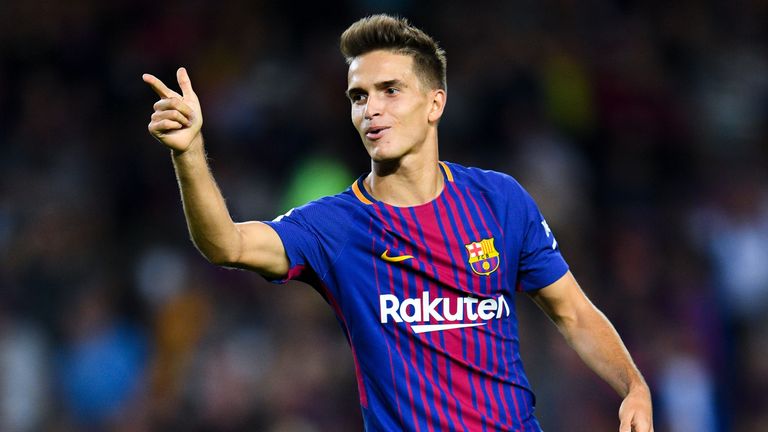 Jamie Redknapp and Sue Smith agree the signing of Denis Suarez is good business, but Arsenal's priority should be on strengthening their defence

Suarez will link up again with Arsenal boss Unai Emery, who he played under during a loan spell at Sevilla during the 2014-15 season when they won the Europa League.

Emery told Arsenal's website: "We are very happy that Denis Suarez is joining us. He is a player we know well and I have worked with him at Sevilla.

"He brings us quality and options in many different attacking positions, so he'll be able to help the team."

The 25-year-old spent two seasons at Manchester City but made just one League Cup appearance before he left for Barcelona in 2013.

He was sold by Barcelona to Villarreal in 2015 before being bought back a season later.