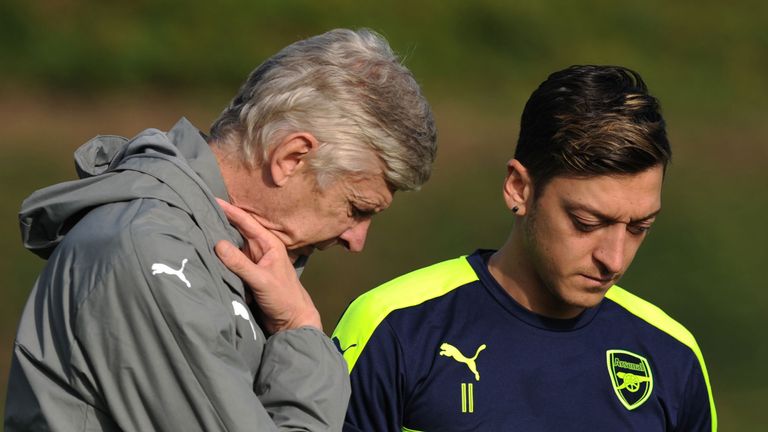 Arsene Wenger has suggested Mesut Ozil's long-term contract at Arsenal may have made him too comfortable.

Former Arsenal manager Arsene Wenger believes the decision to offer Mesut Ozil a long-term contract last year may have left the German in a "comfort zone".

Ozil ended rumours about his future last year by committing himself to the Gunners until the summer of 2021, with Wenger still at the helm.

'When you start supporting a football club, you don't support it because of the trophies, or a player, or history, you support it because you found yourself somewhere there; found a place where you belong.' 🙏🏼 || #DennisBergkamp pic.twitter.com/kKM8kDhm8T

But the midfielder has been left out of the team on a number of occasions this season, with Unai Emery blaming a mixture of minor injuries and poor performances from the Germany international.

Ozil has started just one game for the Gunners since Boxing Day, leading to yet more speculation about whether he will stay at the Emirates beyond the end of this campaign.

"I feel that the length of the contract has nothing to do normally with the selection of the team. But sometimes there are special cases," Wenger said. 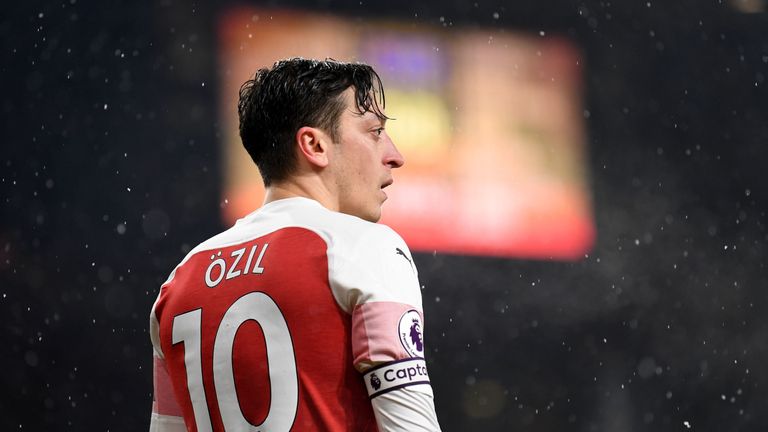 There is no place for Mesut Ozil in Unai Emery's philosophy because he cannot be trusted, John Cross told the Sunday Supplement.

"He has a contract but the problem is that if you want to buy a player like him you have to spend £100m.

"And to maintain the value of the player, beyond the Ozil case, it is more about the way football is structured.

"To buy players of top, top quality you need £100m. So the decision you have to make is whether you re-sign the player, who costs us nothing, or do we have the money to buy a new player?"

Wenger was speaking after being honoured with the Lifetime Achievement Award at the Laureus World Sports Awards.