Ceballos is understood to be in London for a medical after the clubs agreed a deal. 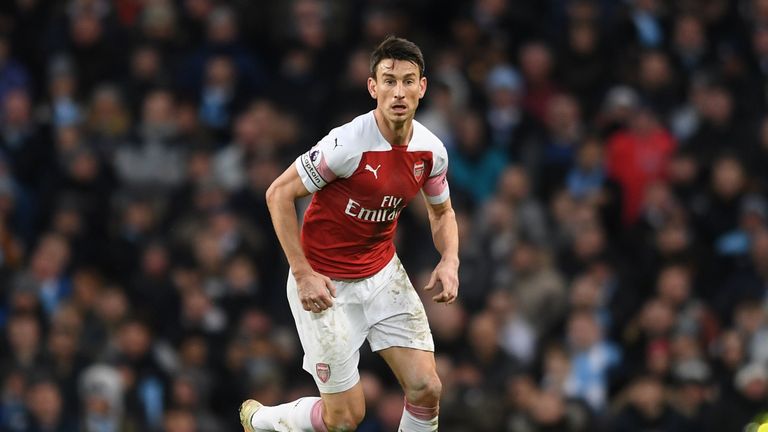 Laurent Koscielny 'decided to be out' says Unai Emery, and now a decision over his future is only between the club and player

But Arsenal boss Unai Emery has admitted he does not know if the anterior cruciate ligament injury suffered by Asensio would have a knock-on effect on the deal for Ceballos.

Asensio ruptured his ACL against the Gunners in their International Champions Cup match in the USA on Tuesday night. 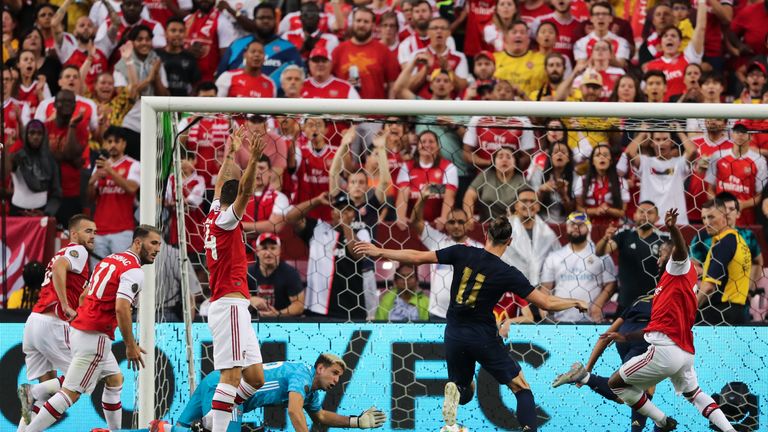 Gareth Bale scores for Real Madrid as they draw 2-2 with Arsenal but then beat them in a penalty shoot-out. Pictures: Premier Sports

Ceballos started his career at Real Betis before moving to Madrid in 2017 and played a starring role as Spain won the U21 European Championships this summer.

Emery, who knows Ceballos from his time back in his homeland, is keen to bring him in to further his options for the 2019/20 campaign.

Meanwhile, Arsenal could face competition for Crystal Palace forward Wilfried Zaha, with Everton also understood to be interested in him.

Palace have already rejected a £40m bid from the Gunners for their star asset, who they value at around double that figure, with Everton set to hold talks over a deal this week, Sky Sports News understands.

Ceballos showed off his full repertoire during Spain's European U21 Championship campaign this summer. There were long-range stunners, sublime assists, outrageous moments of skill and controlling midfield performances. The 22-year-old captained La Rojita to the trophy, providing a timely reminder of his talents and sparking a race for his signature.

Arsenal are now set to win it, bringing in Ceballos on a season-long loan despite interest from Tottenham. He will become their first major signing of the summer. As well as suiting their limited budget, it is a deal which should afford Ceballos the game-time he wasn't getting at Real Madrid. It should also equip Arsenal's midfield with the qualities it lacks...