Calum Chambers keen to learn from David Luiz at Arsenal

Arsenal defender Calum Chambers is keen to learn from summer-signing David Luiz following the Brazilian centre-back's "brilliant" start to life at the Emirates.

Luiz joined Arsenal in August from London rivals Chelsea and scored his first goal for the club in the 1-0 win over Bournemouth on Sunday, which took Unai Emery's side up to third in the Premier League.

The 32-year-old, who played for Paris Saint-Germain between two spells with Chelsea, has won 15 major honours during his career.

"David has been brilliant, he has come in and no-one in the club has a bad word to say about him," said Chambers, who also started against the Cherries.

"He is one of the nicest guys I have met, he talks to you, gives you advice and makes everyone feel like he is giving you his undivided attention.

"Off the pitch, he is a great guy and on the pitch he brings his qualities and is playing well at the moment.

"He brings some added experience, obviously he was won things and I haven't won as many things as he has, so there are things I can learn from him both on and off the pitch, it is always good to have experience like that in the team." 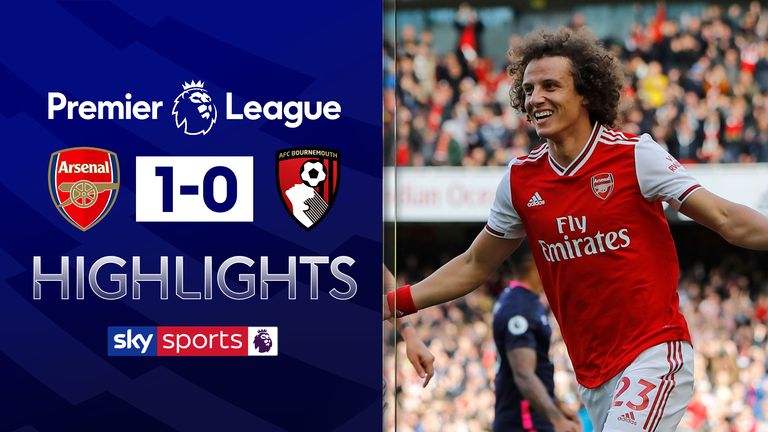 FREE TO WATCH: Highlights from Arsenal's win over Bournemouth in the Premier League

Even though Arsenal sit in the Champions League places, with just one defeat so far this season which came away to early pace-setters Liverpool, Chambers feels there is still room for improvement in the coming weeks.

Asked if there was still more to come from the team, the defender replied: "Yes, we have got a really strong squad, a lot of quality players.

"We know we have got quality and we can see that, we have just got to keep working hard and believing in ourselves and the results will keep on coming."