Granit Xhaka has agreed terms with Bundesliga side Hertha Berlin, according to the Arsenal midfielder's agent.

It is understood Arsenal are looking to recoup as much of the £35m they paid Borussia Monchengladbach in 2016, but Xhaka's agent José Noguera is hopeful a move can be concluded.

Noguera said: "Look, I say it frankly and honestly: we agree with Hertha BSC and would like to go to Berlin. We told Arsenal's club boss Raul Sanllehi and sports director Edu - as well as the new trainer Mikel Arteta. "

He added: "Arsenal was informed about all the steps, the player and Hertha are clear. It is only about the transfer fee of the clubs."

Arteta, who was previously assistant manager at Manchester City, even recommended his former club sign Xhaka before he moved to Arsenal.

However, the Swiss international looks set for a move away from the Emirates after a controversial few months which included being stripped as club captain for gesturing towards and swearing at fans while being booed off against Crystal Palace.

Arteta said the attitude of his Arsenal players was "spot on" after they fought back to salvage a draw at Bournemouth on his managerial debut. 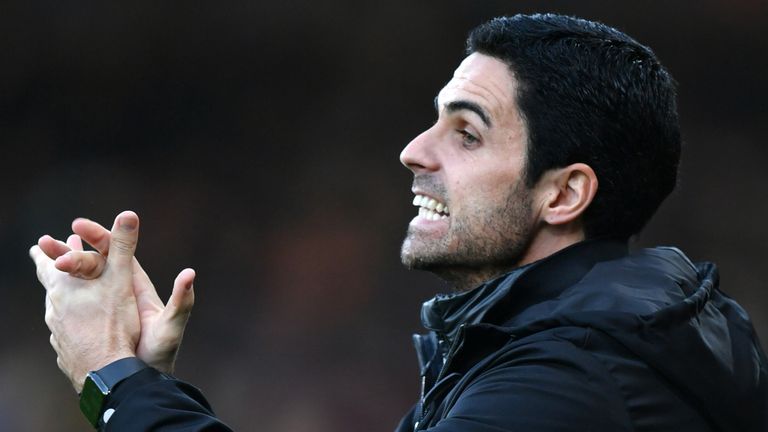 He said: "I'm very pleased with some of the things I've seen in terms of attitude, character, the passion we showed, and the fight and the spirit the team showed.

"[It was] spot on, probably better than I expected over 90 minutes.

"A lot of things that happened in the game we prepared, I think they understood them and they tried to take them on board and we liked the final product at the end.

"I was worried what would have happened if we conceded a goal, and we did, and I was very pleased with the character they showed, how they came in at half-time, their faces, their reactions, how much they wanted it.

"Because normally when they are in this process and you concede a goal, belief goes down and a lot of things that have happened in the past can come back.

"And it didn't happen, it happened completely the opposite side and that's a real positive to take on board."