Arsenal striker Eddie Nketiah told to 'leave' club in racist message on social media; Twitter "permanently suspends" account referenced; Arsenal chief executive Vinai Venkatesham: "How do you explain to a black footballer that pirated content is taken down in minutes but not racist abuse?" 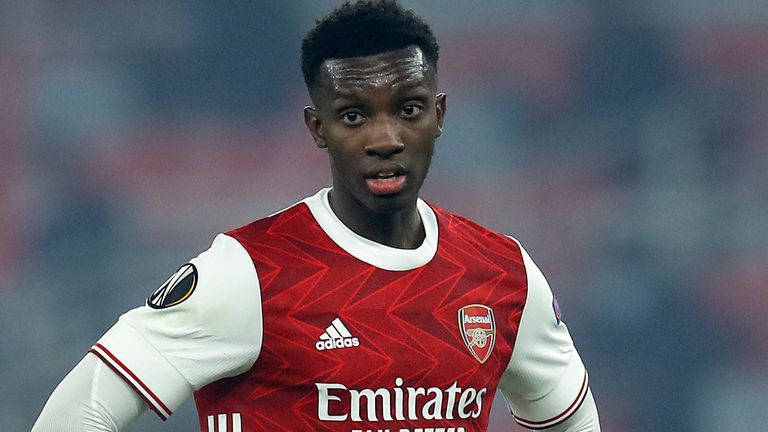 Twitter has permanently suspended an account that was used to send racist abuse to Arsenal striker Eddie Nketiah.

The 21-year-old was sent a racist message telling him to leave the Gunners in response to a training picture he posted ahead of the Europa League tie against Benfica, with the caption "working with a smile".

Social media companies have been under pressure to inflict harsher punishments on accounts that violate their rules, especially discrimination.

A spokesperson for Twitter told Sky Sports News: "Racist behaviour has no place on our service and when we identify accounts that violate any of the Twitter Rules, we take enforcement action. The account referenced has been permanently suspended."

Speaking at the Financial Times Business of Football summit on Thursday, Arsenal chief executive Vinai Venkatesham called on authorities and social media companies to "wake up" and not "underestimate the impact abuse has individuals".

He said: "We have to take this opportunity as a wake-up call. Increasingly this type of abuse towards black players is becoming normalised. I think this a moment in time.

"There is psychological support to our players. [We] pro-actively track abuse players get. We support our players around when they want to take action and report it to the police. We do a lot.

"[But] we can't do this alone. How do you explain to a black footballer that pirated content is taken down in minutes, but not racist abuse?"

Leno: I was told to 'do it like Enke' 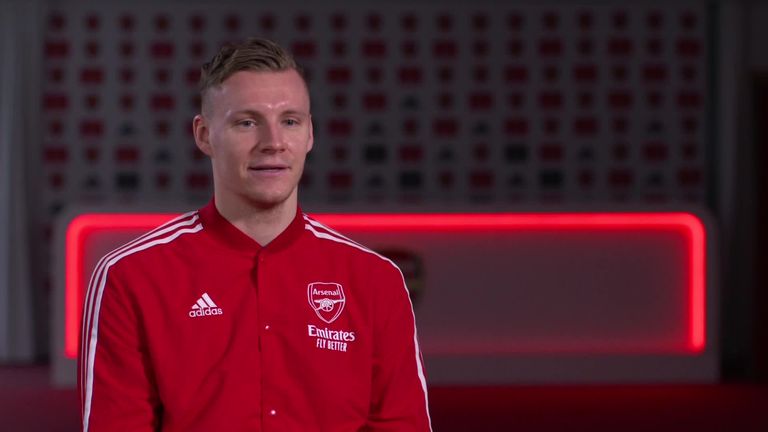 Arsenal's Bernd Leno says many social media comments are intended to 'make you feel bad', and admits he no longer looks at them 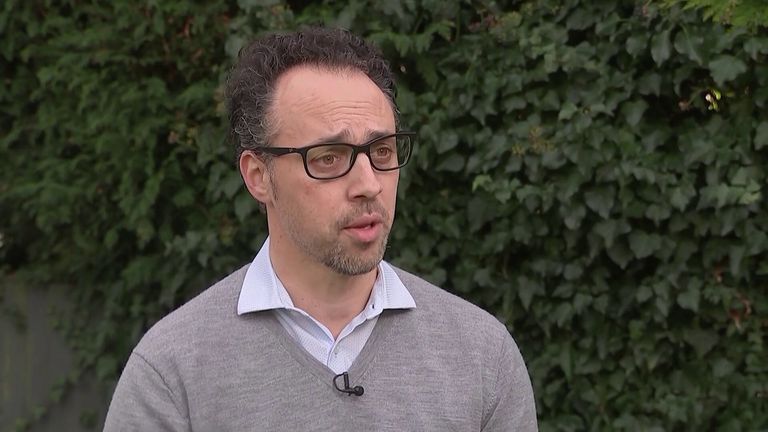