Morgan Schneiderlin and Kevin Mirallas sent away from Everton training

Everton duo Morgan Schneiderlin and Kevin Mirallas were sent away from training on Saturday afternoon due to a lack of effort, according to Sky sources.

Schneiderlin and Mirallas were told to leave the training session at Finch Farm by caretaker-manager David Unsworth.

The pair were subsequently omitted from Everton's matchday squad for the 3-2 Premier League win over Watford at Goodison Park on Sunday.

Both players have been linked with a move away from Everton in the January window.

Mirallas has failed to secure a regular first-team place this season, despite signing a new three-year deal in May, while Schneiderlin has struggled to produce his best form since joining the Toffees from Manchester United in January.

Mirallas took to social media on Sunday night to provide his fans with an update on his current situation at Goodison Park. 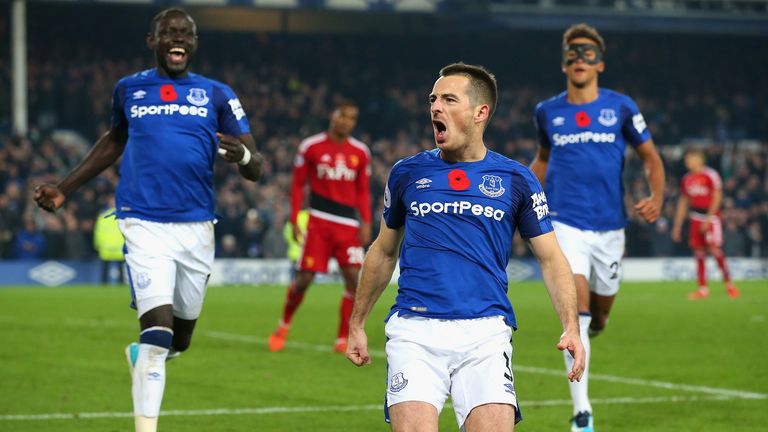 The Belgium international wrote on an Instagram story post: "Thank you for all your messages. It's a difficult situation for me, but in life there are things much more serious than my personal situation."

Unsworth picked up his first win as caretaker-manager of Everton after guiding his side to the hard-fought victory over Watford.

The Hornets appeared well on course for an away win thanks to second-half goals from Richarlison and Christian Kabasele.

However, the Toffees hit back through Oumar Niasse and Dominic Calvert-Lewin before a 90th-minute penalty from Leighton Baines secured all three points for the hosts.