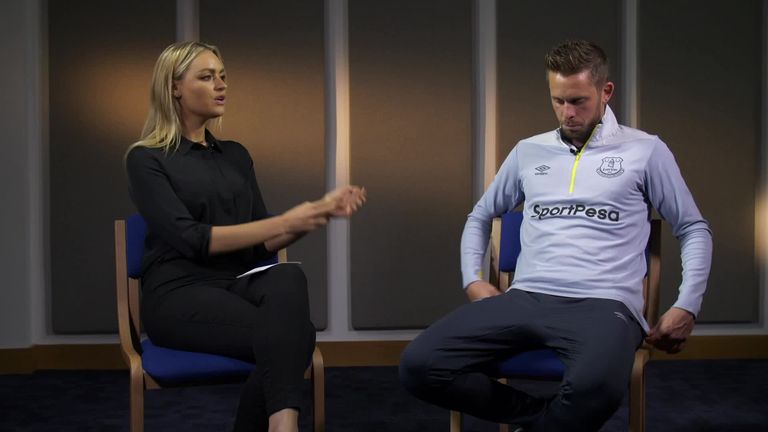 What are Gylfi Sigurdsson's guilty pleasures?

Ahead of Everton's trip to Manchester United on Sky Sports on Sunday, Sigurdsson was quizzed by Laura Woods on a wide range of topics, from his favourite pizza toppings to his favourite films and whether he would rather play a round of golf with Tiger Woods or Rory McIlroy.

Amid plenty of laughter, Sigurdsson - a keen golfer - also answered questions about box sets, social media and recalls a story of a time he met McIlroy and asked him for a photo.

"My first game for Swansea, which was the opening game of the season at Old Trafford, he was there and after the game I was waiting around and he was walking out so I got a quick picture with him.

"He was in a suit and running out of the stadium to get into a car!"