From chance creation to errors at the back, we pick out the stats which explain Everton's slide in form...

Five wins from seven games ahead of December had Everton fans enjoying Marco Silva's early progress at the club. New signings were impressing in an all-action, attacking style. One win in eight since then has reduced that optimism and left the new manager with increasing problems to solve.

Everton's previous two games highlight their recent issues. A set-piece at Brighton and an individual error against Leicester cost them both matches, and each has become a recurring characteristic of this side, particularly during this lapse of form.

Since the start of December, Opta have Everton recording six errors leading to shots in those eight games, having made just four in their opening 13. Four of those have then led to goals - a Premier League high - contributing to the alarming fact that almost half of the shots Everton have faced in this frustrating spell have been scored.

Everton in the Premier League this season

Defending set-pieces has been a constant weakness under Silva. Three of the last four goals conceded came this way, and Everton have already let in more than in the whole of last season. The fact this was one of the few areas the club performed well at during 2017/18 reflects poorly on Silva, whose Watford side had similar troubles. 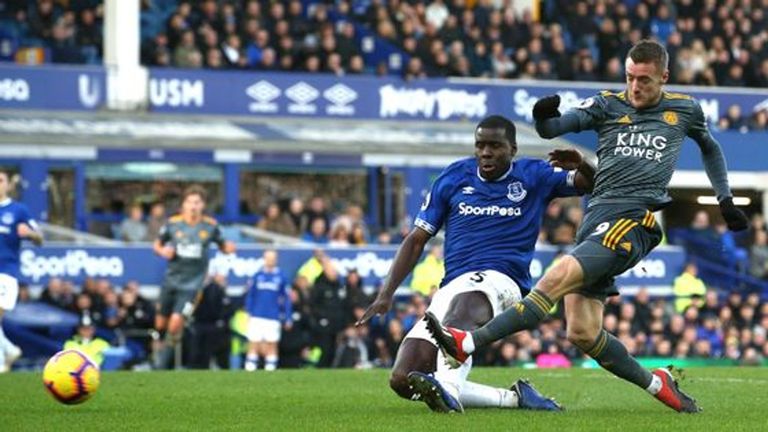 Highlights from Leicester's win over Everton in the Premier League

A noticeable recent stylistic change has been the ease in which opponents have won the ball back in dangerous areas, which was not the case earlier in the season. Everton had surrendered the fewest high turnovers in the Premier League by early December. Over the last seven games, though, they've suddenly conceded the second most of any side, making them far more vulnerable.

High Turnovers: sequences that start in open play and begin 40m or less from the opponent's goal

In attack, Silva's side has also struggled to open up defences on a regular basis, which has become far more evident during this recent run. They failed to create a single big chance, by Opta's definitions, in either of their last two games.

Creativity, specifically from open play, has been a regular issue for Everton over a number of seasons. In the last three, Ross Barkley remains the club's most creative player, despite not playing a single game in two of those three seasons.

This is perhaps Everton's biggest current flaw. Lucas Digne has created the most chances this season, but many of those have come from crosses, which has become a primary feature of Silva's approach. In fact, no side has sent in more than Everton this season, which is also part of the problem.

Most crosses in PL this season

This focus has led to an element of predictability around Everton's attack, which opponents now seem prepared for. Silva's side scored five goals from crosses in their first nine games this season, but have done so just twice in the following 12, despite the fact they now resort to crossing even more.

Everton in the Premier League this season

Silva is a young manager at a club in need of a spell of stability. His starting XI is one of the youngest in the Premier League and he will need more transfer windows to construct a squad suited to his style. At the same time, he needs to show he can adapt his own methods and learn from previous mistakes. Everton continuing to fail in similar ways to his previous clubs will severely hurt his long-term prospects.

His side now face a favourable run of five fixtures against sides no higher than eighth in the table. This must be used to find a more balanced, consistent approach, while fixing some of these current faults.