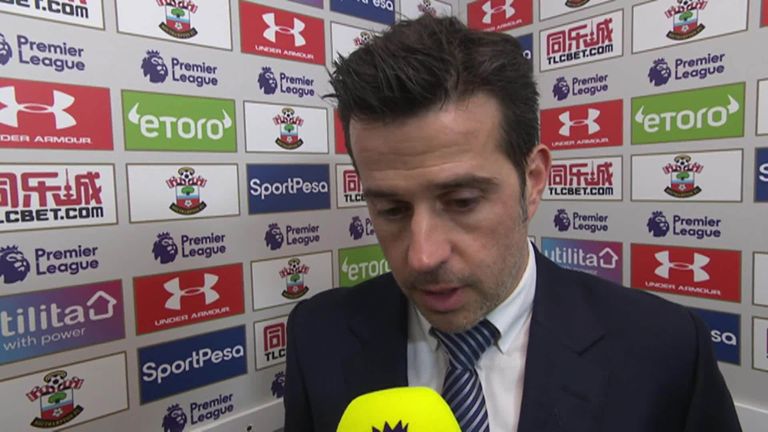 Marco Silva says Everton were not aggressive enough after falling to a 2-1 defeat to Southampton.

Gylfi Sigurdsson pulled a late goal back for Everton but they could not find an equaliser. For Silva, he felt his side lacked the levels of aggression necessary to achieve a positive result on the south coast.

"To be honest they deserved the three points," he told Sky Sports.

"They scored a fantastic goal when we started the second half better. We had a big chance before them in the second half, but they deserved it because they were more aggressive during the match.

"When something that happens like that and you're playing against teams that are fighting to really get out of the danger zone, we have to put in the same levels of aggression as them.

"After that comes the quality above because, in that moment, we can show quality but before we have to be as aggressive as them and we didn't do that this afternoon.

"Of course we can speak about how they scored the goals. Maybe in one moment we were better than them in the second half but they had some chances in the first half to do that." Everton have failed to win consecutive league matches since October and Silva has challenged his players to produce consistent performances as they look to move into the top half.

He added: "The Premier League is really tough. It's not new for us this season. We achieved a good run and we are trying to do the same [again].

"Now the points will be more difficult to get because the other clubs are fighting really hard and we want to do the same."