Everton striker Moise Kean was dropped for the game at Southampton due to a breach of club discipline, Sky Sports News understands.

The former Juventus forward was late for a team meeting and as a result was left out of the squad for the 2-1 Premier League victory at St Mary's.

Sky Sports News understands it is the second time the 19-year-old has been late for a team meeting.

Everton boss Marco Silva, when asked on Saturday if Kean's omission on the south coast was for tactical reasons, replied: "Yeah. [His reaction was] really good.

"For sure, he will react stronger the next training sessions when he will be with us.

"Moise is working really hard. He is a young boy with a very good quality as well, doing his best to adapt as fast as we can to a different football [style] as well.

"He has all of my support and my staff and his team-mates to keep growing. For sure he will do that and in some weeks and some months you will see Moise in a better level for sure." 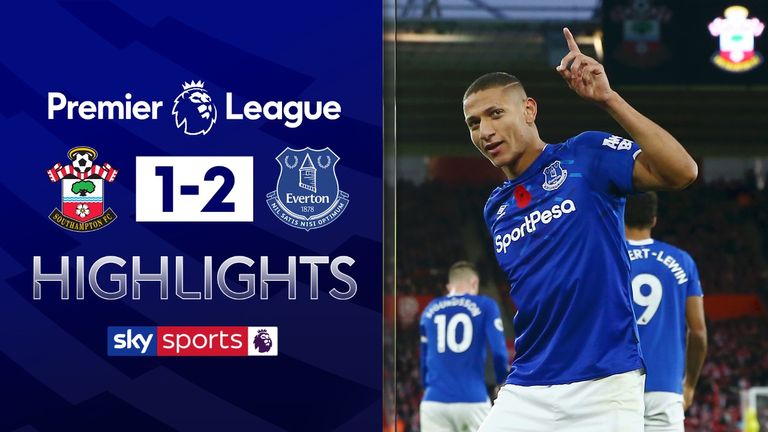 Everton signed Kean from Juventus for an undisclosed fee on a five-year deal in the summer; Sky Sports News believes the fee was around £27m with the forward reportedly earning around £52,000 per week.

The Italy international has made 11 appearances for Everton this season - nine times in the Premier League and twice in the Carabao Cup - but has failed to score a single goal and has registered just one assist.

It is not the first time Kean has been punished for breaching rules, and more specifically for being late to a team meeting.

In June, he and Roma midfielder Nicolo Zaniolo were omitted from Italy U21's matchday squad for the Euro U21 group stage clash against Belgium for arriving late to the team's morning training session.

They were then punished also by Italy senior team boss Roberto Mancini, who did not call them up for Italy's Euro 2020 Qualifiers in September.

He said: "I don't like leaving them at home to punish them, they're young. We gave them a great chance and we hope it's useful for them in the future, they need to learn to behave."