Outside the home of Bolton Wanderers stands a statue marking the most famous player and figure in the club's proud 145-year history, Nat Lofthouse.

It is eight years since the death of the man known affectionately as Sir Nat, and during that time Bolton have toppled from the top table of English football and to the foot of the Championship after a brief stint in the third tier.

It is next to the Lofthouse Statue that supporters will gather ahead of their game against West Brom to protest against the club's owner and Chairman Ken Anderson.

So, what has gone wrong for the club that once handed a 10-year deal to Sam Allardyce, spent 11 successive seasons in the Premier League, had Jay-Jay Okocha, Youri Djorkaeff and Ivan Campo pull on the fabled white shirt, rubbed shoulders with Europe's elite and made their home at one of the first next-generation stadiums designed for the 21st Century?

The simple answer seems to be 'money', or at least a lack of it, but the dialogue between disgruntled supporters and Bolton's embattled owner is rather more complex and has reached melting point over recent weeks.

Anderson came to the club almost three years ago, in March 2016, as part of a consortium led by former Wanderers striker Dean Holdsworth that saw former owner Eddie Davies sell his 94.5 per cent controlling stake.

Davies had pumped £185m of his own money into Bolton during the glory years in the Premier League. Twelve months later Anderson, who says he is based in Monaco, bought out Holdsworth and took sole control of Wanderers, one of the founding teams of the Football League.

Ken Anderson's story is an interesting one. In September 2005 he was disqualified from being a company director for eight years after his firm Professional Sports International Ltd and seven of his other companies went bust. That disqualification order had concluded by the time Anderson arrived at Bolton, which explains the green light from the EFL. That is despite the Official Insolvency Services notice which stated he had failed to ensure his companies paid VAT, then failed to co-operate with liquidators. The order added that at PSI "Mr Anderson diverted, sought to divert PSI funds by depositing them into a personal bank account in his own name and invoicing in the name of another connected company."

These are facts but so too is the fact that, after taking control with Bolton doomed to relegation to League One, the club bounced back to the Championship at the first time of asking and clung onto that status last season. All this was achieved against a backdrop of financial and supporter unrest, but it is this season that has put Wanderers' position into sharper focus.

The headlines don't read well: a players' strike in pre-season, a winding-up order narrowly avoided in September, the row with Forest Green over the collapsed transfer of striker Christian Doidge and difficulties in paying the first-team squad their salaries in November and December. 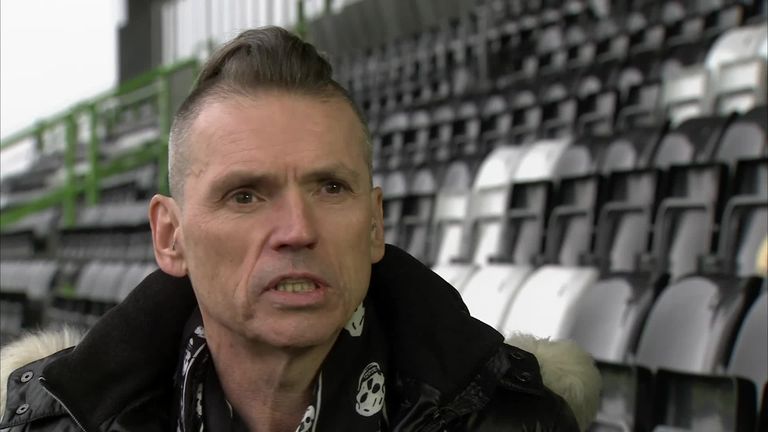 The PFA claim to have stepped in to make sure the players were paid, a claim refuted by Anderson who says their money covered some of the cash needed for December but that he covered the November wages personally.

Anderson said last week that the club had paid their creditors and Wanderers were able to sign midfielder Gary O'Neil and goalkeeper Remi Matthews after a registration embargo was subsequently lifted.

But the PFA received half a million pounds from Wanderers thanks largely to a scheduled payment from the EFL, with the prevailing question now, just how far can that cash stretch and what happens next?

The answer to the second point is something that the fans and the owner actually agree on. They both want new ownership at the club and he is happy to sell to the right buyer.

"I am the first to admit that the club needs someone with greater financial resources than l have to take the club forward and l can assure everyone l am doing my utmost to achieve this," Anderson said in one of his statements earlier this month.

"In the meantime l would ask everyone to be patient and supportive and get behind the club in our quest to overcome these testing times both on and off the pitch. I can assure you that I along with everyone else at the club are doing our best to try and ensure that the club's financial position improves going forward as we have been doing for approaching nearly three years, but no one should forget the horrendous legacy we inherited and the hard work, efforts and sacrifices made by all staff to date."

The problem seems to be that either Ken Anderson hasn't been able to find the right investors or the right deal, or that interested parties are now simply waiting to see if the club goes into administration.

On the pitch it is not a happy tale either. Bolton are 23rd in the Championship, three points from safety with only one win from their last 17 league games.

The unrest is growing at the ground that was christened the Reebok Stadium but is now the University of Bolton Stadium, with the club's owner unwilling to entertain media interviews and preferring to issue statements via the club's website.

There have been several of these in the last few weeks and, based on his words, it appears Ken Anderson pays forensic attention to social media as well as conventional media.

But with few concrete answers provided and the recent banning of a highly-respected local journalist, whose knowledge of the club and contacts in and around it are unsurpassed, supporters have decided now is the time to vent their frustrations.

They are aware fans of other clubs in similar positions have protested without effect, but the motivation on this occasion is quite simple, they want to show how much they love their club, their fears for its future and above all what Bolton Wanderers Football Club means to the people from the town of Bolton.