Hugo Lloris says Tottenham are no longer living in the past and are instead looking forward to a bright future.

The French international goalkeeper is involved in the Premier League title race for the first time since he joined Spurs from Lyon in 2012.

Spurs have four games left to play, starting with West Brom at home on Monday Night Football, but the gap to leaders Leicester is now eight points following the Foxes' 4-0 win against Swansea.

Lloris says that "whatever happens it will be a really good season" and thinks the building blocks are in place for Spurs to consistently challenge for silverware in the coming years.

"I remember my first two seasons in Tottenham when I used to speak with people at the club or the fans," Lloris told Sky Sports' Soccer Saturday.

"They used to live in the past through great players like Luka Modric, Gareth Bale, Dimitar Berbatov or Robbie Keane. Now, they are talking about the whole team, about the present and the future.

"We can feel we are improving step by step. We are focused on this season but we have to think about next season as well because we want to be consistent challengers for years. It's not about one good season, it's about being consistent.

"To play Champions League football would be a good step for the club, the players and the fans, and in the next few years the new stadium will be coming, so it's all positive for Spurs."

While Lloris has been an integral player for Spurs over the last few seasons, he says much of the credit for the team's success is down to head coach Mauricio Pochettino, who took charge in 2014.

"The manager deserves a lot of credit for what the club is doing," said Lloris. "He has changed a lot of things on the training ground, tactically and technically, he has his philosophy, and all the players are the right profile for him. On the pitch we are doing well, but the manager and the staff prepare us in the best way. 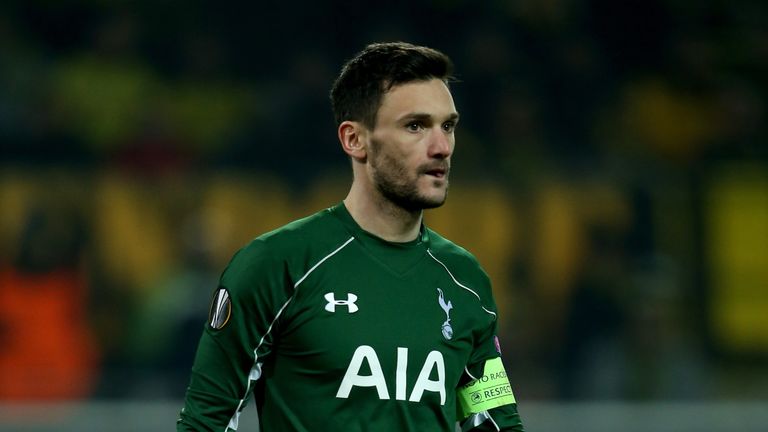 We are focused on this season but we have to think about next season as well because we want to be consistent challengers for years. It's not about one good season, it's about being consistent.

"We know what the manager expects, his tactical decisions and where he wants us to play. After two years, we know exactly what we have to do on the pitch. We try to be pro-active, try to get possession, win every challenge, be aggressive, play in the opponent's half and create chances.

"Our philosophy is to be really pro-active and not wait for the opponent to make mistakes, but push them into making mistakes. We enjoy the way we are playing."

Following their clash with West Brom on Monday, Spurs finish the season with trips to Chelsea and Newcastle, either side of a home game against Southampton.

In three of their four games they play after Leicester, but Lloris said: "The key is to be focused on ourselves. We know if we are consistent until the end we can be rewarded, of course it's not just up to us, but Leicester should drop points, if not then they deserve the trophy.

"We are in a good position and situation and it is a great chance for us. So we need to carry on and we will see what happens at the end of the season. Nobody can guess what will happen.

"We need to be consistent and not think about what is happening around us. We are strong together. We know where we want to be at the end and we try to work hard and prepare as well as possible.

"We are very motivated because we have a chance to do something great for the club."