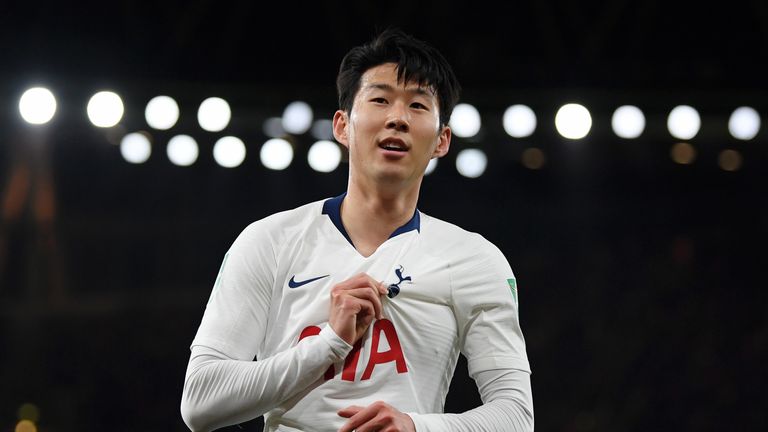 Heung-Min Son hopes victory over Manchester United will soften the blow of having his season at Tottenham interrupted for the second time by international duty.

The in-form Spurs forward is part of the South Korea squad for the 2019 Asia Cup in the United Arab Emirates.

Son's involvement could see him miss as many as five games for Tottenham in all competitions, should South Korea reach the final.

The call-up comes just five months after Son led South Korea to a gold medal in the Asian Games, a result which earned the squad an exemption from compulsory military service.

Son has delayed joining up with his international team-mates in the UAE in order to feature against United at Wembley on Sunday, live on Sky Sports Premier League.

The untimely disruption his departure will have on both his and Tottenham's season has saddened the forward, but Son believes helping to inflict the first defeat of Ole Gunnar Solskjaer's tenure will be a fitting parting gift.

"It's not easy for me to leave the team at this important time," Son told Sky Sports.

"I feel very sad and sorry but I want to win this game and go with confidence to Dubai.

"To play for your country is always a proud moment, but it's tough for me having missed one month of the season already.

"I want to go with three points, with confidence to Dubai."