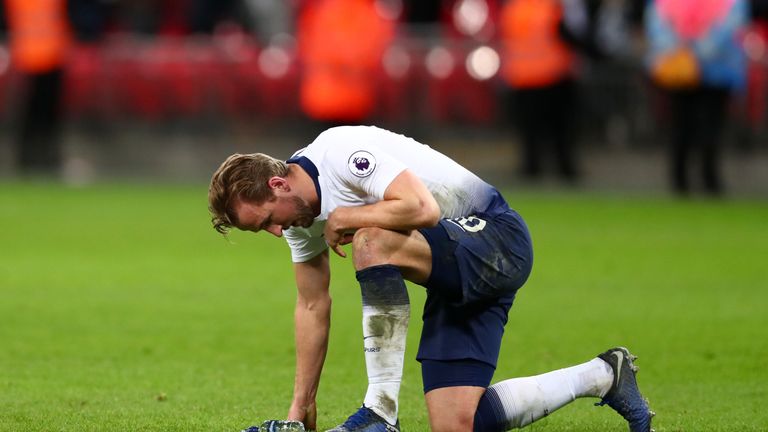 Tottenham must sign a new striker after Harry Kane was ruled until March with an ankle injury, according to the club's former midfielder Jamie O'Hara.

Tottenham must sign a new striker after Harry Kane was ruled until March with an ankle injury, according to the club's former midfielder Jamie O'Hara.

The England captain suffered the injury in the closing stages of Spurs' 1-0 defeat to Manchester United on Sunday and the club confirmed on Tuesday that a scan has revealed damaged ligaments in his left ankle.

With Heung-min Son away on international duty with South Korea at the Asian Cup, the only recognised striker available to Mauricio Pochettino is Fernando Llorente.

"Without Harry Kane leading the line, I really feel like they need to go and sign someone. Whether it's a loan or whether they sign someone for £30-40 million.

"They've got to look at it and think 'have we done enough to stay in the top four if we lose Harry Kane for 7-8 weeks and have we got the players to carry the team without him?'"

Highlights from Manchester United's 1-0 win against Tottenham in the Premier League.

An impressive first half of the season saw Spurs keep pace in the Premier League title race with Liverpool and Manchester City, but two losses in their last three games has seen them fall nine points adrift of the leaders.

With Chelsea just a point behind in fourth, and Arsenal and Manchester United six points further back, Kane's absence will have Spurs looking over their shoulders as they seek to hold on to a Champions League qualification spot.

While Kane has scored 14 league goals in 22 appearances, Llorente has amassed just 36 minutes of top-flight action in six outings from the bench. 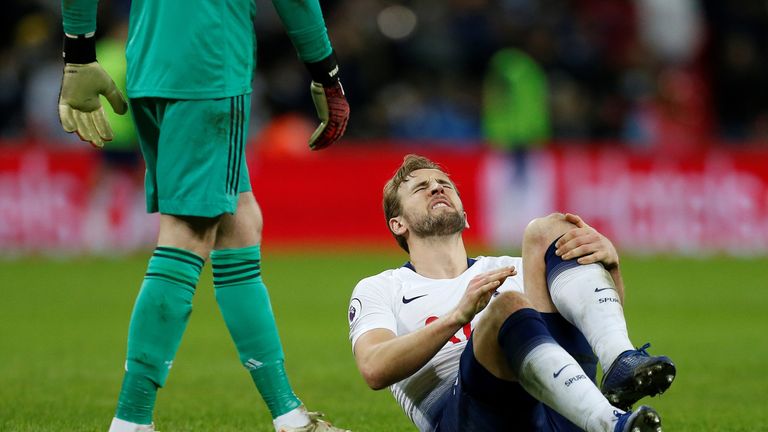 Mauricio Pochettino admits he is concerned about the ankle injury Harry Kane suffered during Tottenham's defeat to Manchester United.

"I just don't think Llorente gives Spurs fans or the team the confidence that they're going to win games when he's leading the line," O'Hara added.

"It's worrying times and I think Daniel Levy's got to look at it.

"He didn't really want to buy and go out and spend money going into the new stadium but now there's an opportunity where they're kind of going to have to."