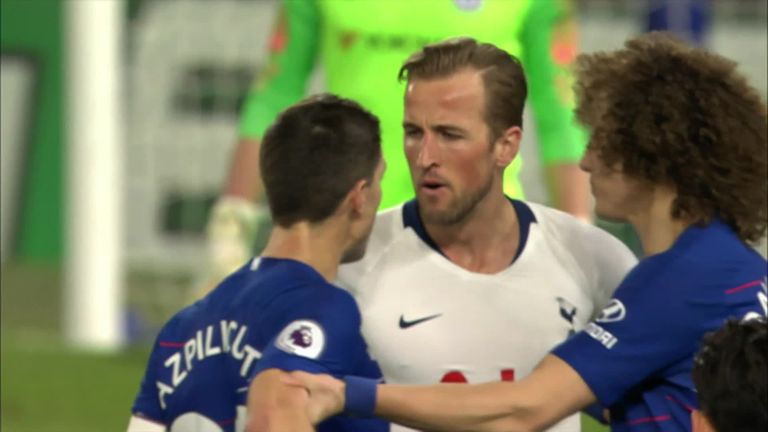 Harry Kane will face no further action for his altercation with Cesar Azpilicueta during Tottenham's 2-0 defeat at Chelsea.

Kane was seen motioning his head in the direction of Azpilicueta, with referee Andre Marriner forced to intervene as words were exchanged.

The England captain could have faced a potential ban for violent conduct but Marriner reported he saw the clash, meaning the striker will not face retrospective action.

Kane is therefore free to play in Saturday's north London derby against Arsenal as Tottenham attempt to snap a run of two straight defeats.

"We were frustrated, we want to win, we show our character," said Pochettino.

"Things that happen that we don't know because it's impossible from outside the pitch to see what is going on inside. But that is football.

"It's not a thing we should be worried about. When you finish the game and shake hands, big hug and the game finishes and it's finished."