Sanchez appeared to put his studs into Koscielny's knee in a goalmouth scramble during Saturday's north London derby at Wembley Stadium.

The incident was picked up on social media in the hours after the game, with Arsenal striker Alexander Lacazette among those to post match footage online.

But Sky Sports News understands the incident was seen by match officials at the time and was not warranted enough to constitute violent conduct.

Colombia international Sanchez could have faced a three-match ban had he been charged retrospectively over the incident.

It was one of a number of controversial calls during Saturday's lunchtime match, with Tottenham having a goal ruled out for offside and then being given a penalty when Harry Kane appeared to be offside. 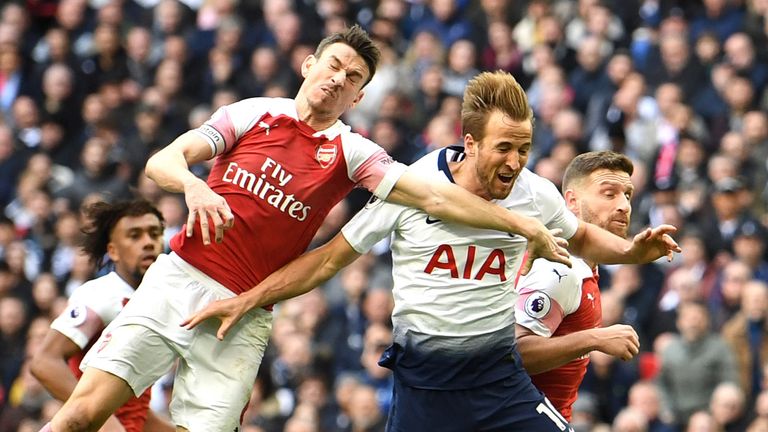 Former Premier League referee Dermot Gallagher believes Harry Kane should have been ruled offside in the build-up to the penalty awarded against Arsenal.

Tottenham defender Jan Vertonghen could have been pulled up for encroaching while Pierre-Emerick Aubameyang was about to hit the penalty he missed in the closing stages.

Arsenal also had Lucas Torreira sent off for a nasty foul on Danny Rose late in the game and the Uruguay midfielder will have to serve a three-match ban.

The decisions led Arsenal boss Unai Emery to say: "I think VAR is coming to help the referees," he told his post-match press conference. "VAR is coming for matches like today."