Tottenham opened their new stadium with a 2-0 win over Crystal Palace. Nick Wright was there to witness the dawn of a new era...

White and blue flags waved in every corner of the stadium. Fireworks erupted from the top of the stands. And down on the pitch, in front of 59,215 supporters, Tottenham Hotspur began their new era. The delays had been excruciating, their residency at Wembley dragging on far longer than anyone wanted, but this place was worth the wait. 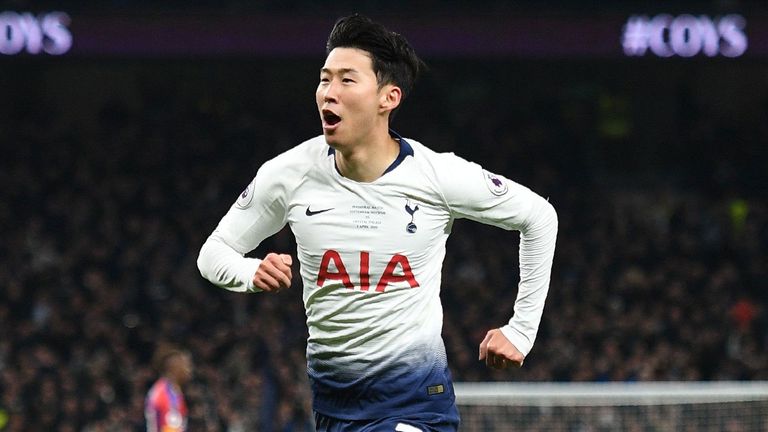 The victory, secured by Heung-Min Son's historic opener and Christian Eriksen's second, ensured they opened their stunning new home in style. Having put their five-game winless streak behind them, Spurs can now approach The Run In - and indeed the future - with renewed confidence.

Four of their remaining six Premier League games will take place here, as well as next week's Champions League quarter-final first leg against Manchester City, and the hope for Mauricio Pochettino is that the home advantage will work in their favour. On this evidence, he can be confident that it will.

What a feeling to play and win in our new home👌🏟 #COYS pic.twitter.com/Df5nLTBVaN

The atmosphere had been building throughout the afternoon, with awe-struck supporters beginning to funnel into the stadium three hours before kick-off, and the stands were packed long before the opening ceremony began. "We're here, we're back in Tottenham, at the world-famous home of Spurs," declared the announcer, prompting roars of approval from the stands.

It was a fittingly grand introduction, complete with a futuristic lightshow and dazzling pyrotechnics, but there was also an emphasis on community, with students from a local school performing a rendition of 'Everybody Dreams' as the players made their way onto the pitch.

Spurs fans could certainly be excused for thinking they were dreaming. The stadium is spectacular, its curving stands steep and imposing, but where the club have succeeded most is by creating so many genuine connections to White Hart Lane. There are nods to the old ground everywhere, including the golden cockerel which now sits above the giant South Stand.

The new home retains the spirit and feel of the old one, but what's undoubtedly different is the sheer volume inside the place. With its 62,000 capacity, the stadium holds nearly twice as many supporters as White Hart Lane. At times, the old songs echoed around it at ear-splitting levels. 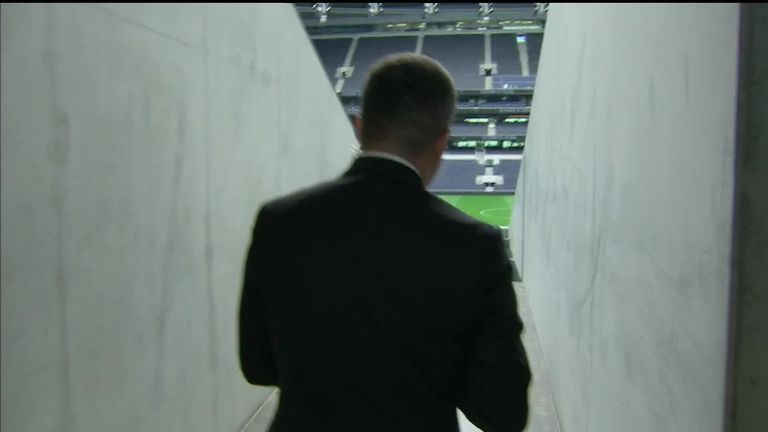 That wasn't always the case in the first half though. Spurs dominated possession from the outset but, as in recent weeks, they lacked a cutting edge. Eriksen spurned two good chances. Son saw a diagonal effort pushed wide by Vicente Guaita. Danny Rose crossed when he should have shot.

There were groans of anguish from the stands at times and hushed moments at others, but all the frustration melted away after the break. Son's goal owed a lot to good fortune, his shot taking a sizeable deflection as it whistled into the net, but it was typical of Pochettino's side that the chance arose from Eriksen winning possession high up the pitch.

His intensity set the tone for the second half. Crystal Palace, resilient before the break, could no longer cope. Spurs overwhelmed them. They doubled their advantage when Eriksen poked home a loose ball in the 80th minute, but they should have had more goals. Kane fired wide when one-on-one. Substitute Lucas Moura was acrobatically denied by Guaita.

In the end, though, it did not matter. From the moment the first goal went in, Palace never looked like getting back into the game. Spurs had the result the occasion demanded. 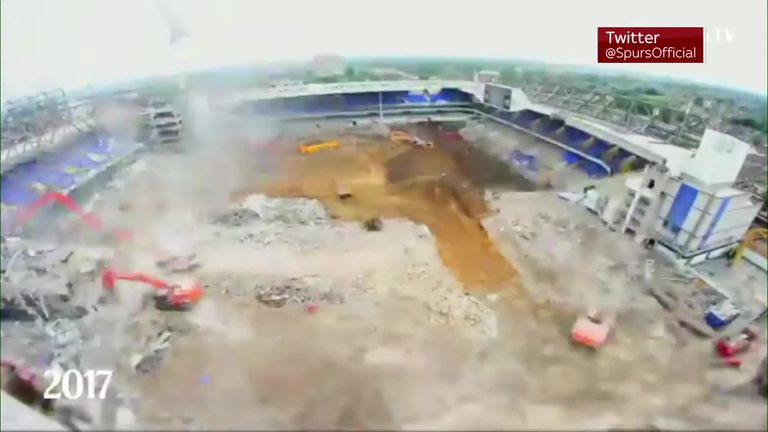 Watch the story of how the new Tottenham Hotspur Stadium was built. Credit @SpursOfficial

"I feel so proud," said an emotional Pochettino in his post-match press conference. "I am so happy. It's difficult to describe the emotions." He went on to thank Tottenham chairman Daniel Levy, adding: "This type of moment you are always going to keep in your mind, in your memories, in your heart. I think it's one of the best moments in my life."

Pochettino talked up Tottenham's chances of securing another top-four finish, insisting it's what the club "deserve" after all they have been through this season, and he was understandably optimistic about their long-term future too. "We need to start to think about the new chapter now," he said.

This Spurs squad requires investment - the lack of depth has cost them at times this season - but eight of their 10 outfield starters here were under the age of 30 and so too were all of their substitutes. That youthfulness means there is potential for further improvement in almost all areas.

There are also talismanic figures. There was no goal for Kane - despite everyone in the stadium thinking there would be when he burst through on goal in the second half - but he led from the front as he always does, and he was ably supported by Dele Alli, who was substituted to a standing ovation in the closing stages. 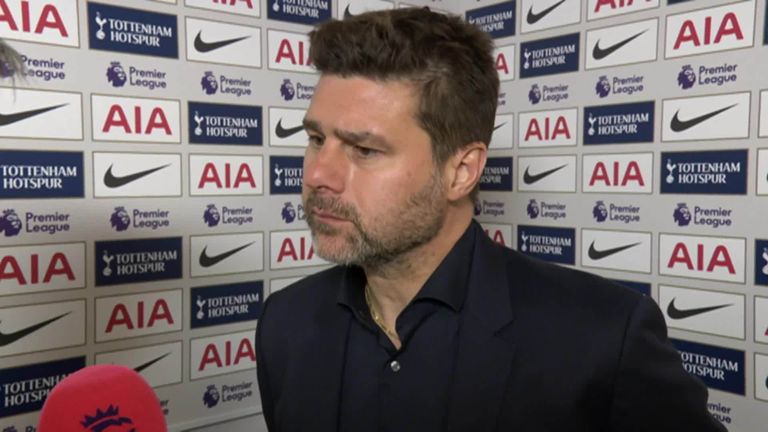 Pochettino has ingredients to work with, and now he has a game-changing stadium too. It was an agonising wait, but those long trips to Wembley are already forgotten. Tottenham are home again and their future looks brighter for it.