Tottenham's fixture crisis had already left Jose Mourinho "depressed" - and could now provide a new headache after their Carabao Cup tie at Leyton Orient was called off.

Tottenham were already due to play eight games across 18 days owing to their involvement in the Carabao Cup and Europa League qualifying alongside the truncated Premier League calendar.

And while the postponement of their third-round game at Brisbane Road on Tuesday night will give Mourinho's side an extra two days' rest in the short term, any rearrangement would involve encroaching on another midweek fixture - should they make it through to the Europa League group stages - with European games due to be played every Thursday, barring the October international break, from October 22 to December 8.

Spurs' longest break between games up until the international break, in the second weekend of October, stands at three days - although that includes a potential fourth-round tie with Chelsea or Barnsley, originally pencilled in for Tuesday, September 29.

Before the postponement, Spurs were facing the prospect of two games across the same midweek for two weeks in a row, owing to the shortened season because of the coronavirus pandemic.

Before their Premier League opener against Everton last week Mourinho said: "The other day, I made a challenge with my boys and I asked them which one of them thinks he can play all these nine matches for 90 minutes and nobody told me, 'I can'.

"So we all are very, very aware that it's impossible to do it. It's not human." 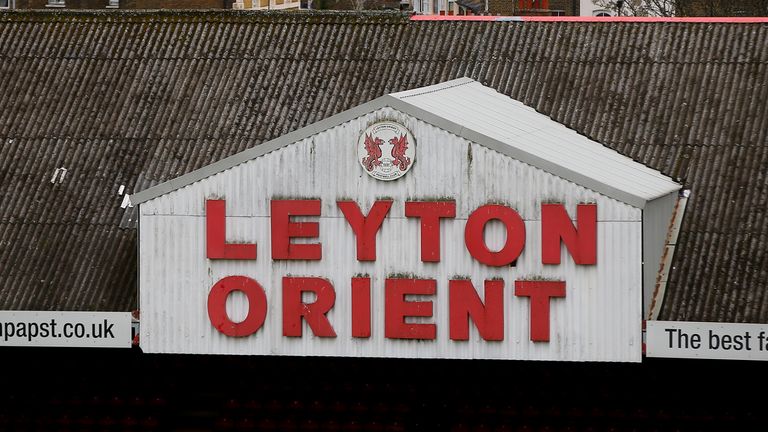 "We've said that to the [Football] League [that the game has to go ahead at some point]. I've said it publicly and I reiterate it here - we think the appropriate action is for this game to take place. Can you imagine the outrage if say in the Fourth Round, Spurs vs Chelsea... one of those teams were impacted in the same way and the game didn't take place.

"Can you imagine the outrage that you'd hear on Sky Sports and on the radio stations? This clearly is not a good policy. Leyton Orient have followed all the guidelines and have done the right things. If we don't play the game and we're forced to forfeit it, it is a demonstration that doing the right thing doesn't work.

"It is an incentive for people not to test, and that will only create a worse situation in the football world and in the UK at large. I would encourage everyone to think this through and allow us to play the game. We need to see some flexibility and Spurs were set to play four games this week anyway. With a flexible schedule, we can get this game played.

"The biggest point, and this extends far beyond Leyton Orient, is that you cannot incentivise people not to test, and this is the result of what will happen. And it may well be that the issues we've got with Covid at our club were caused by reasons outside of our control.

"We're getting punished and I would encourage more testing because we shouldn't incentivise people not to test."

The matches Tottenham may play this year...

29/30: Carabao Cup fourth round - To be confirmed, subject to Tottenham's progression

1: Europa League Play-Off Qualifying Round - To be confirmed, subject to Tottenham's progression

22: Europa League match-day one - To be confirmed, subject to Tottenham's progression

23: Carabao Cup fifth round - To be confirmed, subject to Tottenham's progression

When has there been a pile-up like this happened before?

There have been a few occasions - although, unsurprisingly, it is not common. Fixture congestion last season led to Liverpool putting out a youth side - led by then U23 manager Neil Critchley - in the quarter-finals of the Carabao Cup, where they were beaten 5-0 on the night.

Their first team were out of the country at the time in Qatar, ahead of their Club World Cup semi-final clash with Monterrey the following evening.

Further back, in November 2001 Arsenal and Manchester United met in the League Cup only 24 hours after playing Premier League games against Charlton and Liverpool respectively. While both fielded stronger sides in the league games - and still lost - Arsenal emerged victorious from a one-sided cup game, demolishing their arch rivals 4-0.

And in 1999/00, United controversially withdrew from the FA Cup only months after lifting the trophy as part of their treble season, so that they could take part in the Club World Cup, which was being held in Brazil.