Jose Mourinho says Gareth Bale will be played predominantly on the right for Spurs; watch Tottenham vs West Ham live on Sky Sports from 4pm on Sunday; kick-off 4.30pm

Bale sealed a sensational return to Spurs from Real Madrid on loan in September - returning to north London seven years after his world-record transfer to the Spanish club.

The Wales forward, who was rested over the international break to build up his fitness, is yet to feature for Spurs but is likely to be involved either on Sunday or in the Europa League on Thursday against LASK.

"Of course he wants to play," Mourinho said. "He wanted to play since the day he arrived, but it was not possible.

"The last week, especially Monday, Tuesday, Wednesday, the planning of the sessions had a big focus on him and he is in pretty good condition."

Mourinho believes Bale can regain the heights he hit in Madrid and says he will be used predominantly on the right.

He excelled at the Bernabeu mainly playing on the right - excelling in a front three with Cristiano Ronaldo and Karim Benzema - and Bale has told Mourinho that is there where his favourite position is.

"One of the first questions in my first conversation with Gareth - because the team is most important thing but the player is important too - was, 'What's your favourite position?'," Mourinho said.

"I wanted to start from there and he answered me the question. Does that mean he will always be used in that position? No.

"Because the most important thing is the team, and he will play where the team needs him to play, but he was very clear by saying his favourite position is on the right.

"It's not as a No 10, it's not as a striker, it's not any more on the left side like he did in the first years of his career at Southampton and Tottenham. His favourite position now is on the right side.

"So, that was a very good starting point of his development here. 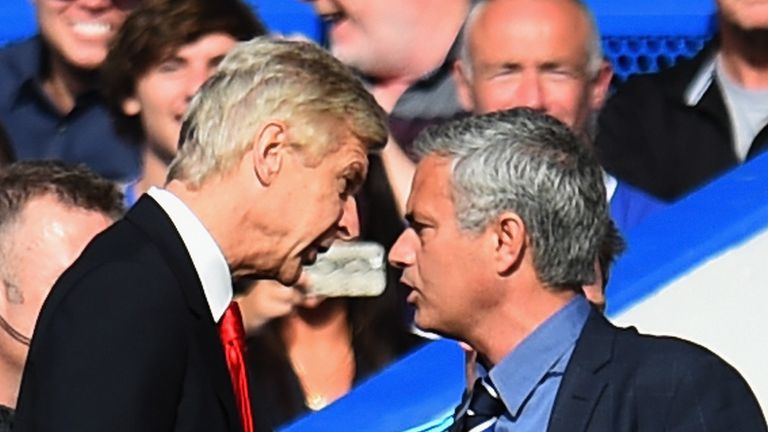 "Real Madrid was basically, Bale, Benzema, Ronaldo, with Bale playing fundamentally playing from the right and that's the position he prefers."

'Mr Levy is genius the way he makes deals happen'

Mourinho also praised his "genius" chairman Daniel Levy for pulling off an amazing transfer window for the club.

Mourinho admitted he was pessimistic about Spurs being able to acquire his top targets with the uncertainty around finances during the coronavirus pandemic, but says the club signed "almost" all the players on his shortlist.

"I think it's a great occasion to publicly thank my boss, my board, Mr Levy, the structure, everybody involved in the transfer window because what they did for the team was amazing," said Mourinho.

"In such a difficult period where I always believed we would not be able to reach some of the targets, some of the needs, the club made an incredible effort and Mr Levy showed once more that when he wants and when he's really involved, he is genius in the way he makes deals happens.

"I can only publicly thank them for what they gave to the team. And now is for me, my staff and the players to answer in a positive way and have a good season."