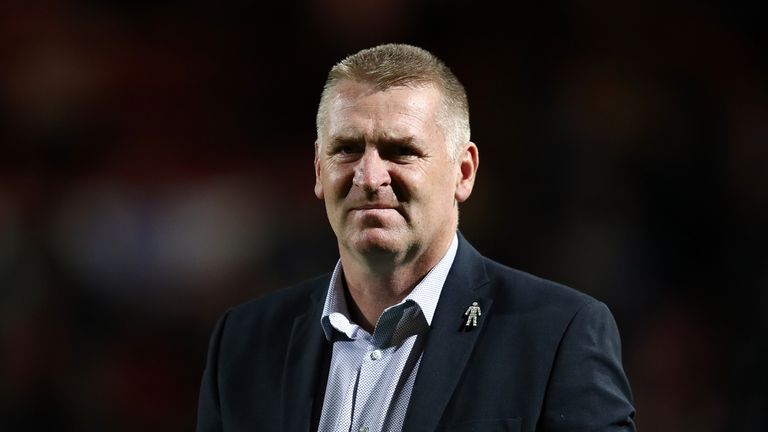 Aston Villa have confirmed the appointments of Dean Smith as their new head coach and John Terry as assistant coach.

Smith joins from Brentford, who will receive compensation from Villa. The Bees are currently seventh in the Sky Bet Championship, three points and eight places above Villa.

Terry, 37, moves into coaching after announcing his retirement last week. He spent last season with Villa after 19 seasons at Chelsea. 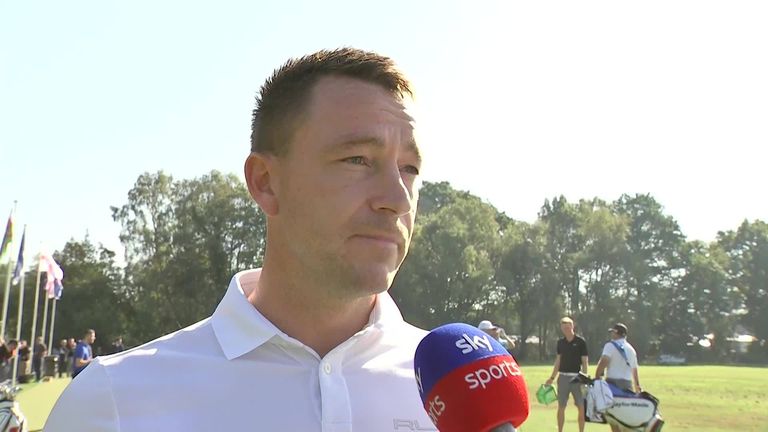 Speaking ahead of his appointment as assistant coach, John Terry told Sky Sports News his long-term ambition is to become a manager

Capped 78 times by England, Terry recently rejected a chance to play for Spartak Moscow, saying a move to Russia was not right for his family.

Pitarch formerly held director of football roles at both Valencia and Atletico Madrid, where he oversaw the signings Jose Antonio Reyes and Diego Forlan.

Sky Sports News understands Smith and Terry will not meet Villa's players until Monday, with their first game taking place next Saturday, at home to Swansea City.

I believe JT has everything to ‘grow ‘ to be a great manager one day. Get the unfinished business done! #UTV

CEO Christian Purslow said: "These three appointments represent the start of a new era and direction at Aston Villa and we are delighted to secure their services after an extensive search.

"Dean has a clear and successful coaching philosophy as well as a real understanding of Aston Villa Football Club. He is also knowledgeable about the Championship.

"The board welcomes him to the club and is looking forward to working with him and his staff. Former Tottenham boss Glenn Hoddle says John Terry would make a good manager if he has the desire.

"John is one of the most decorated players in English football, has an affinity with the club and is ready to make the next step in his career working alongside Dean.

"And Jesus also brings a huge amount of experience in his particular role having worked with some of the biggest clubs in Europe. He will ensure the club has an integrated approach running from the academy through the U23s and into the first-team."

Smith, who led Brentford to three top-half finishes in the Championship after arriving from Walsall in 2015, admitted last week he is a lifelong Villa fan.

"There's an affinity to Aston Villa," said Smith. "My dad was a steward there for 20-odd years and me and my brother were dragged there at a very young age. We were brought up as Villa fans. My brother's still going."

Villa sacked Steve Bruce last week after a run of one win in 10 matches.

Rui Faria, a long-time assistant coach to Jose Mourinho, was reported to be a potential successor but he ruled himself out earlier on Wednesday.

Sky Sports News now understands Faria was not actually considered for the role by Aston Villa.

Brentford confirmed assistant head coach Thomas Frank would take training on Thursday ahead of a planned weekend off with no fixture because of the international break.

We would like to record our thanks for all the hard work done by Dean during his near three years at Griffin Park#BrentfordFC pic.twitter.com/dKHszYWHEm

Brentford added in a statement: "Brentford FC will make a further announcement on the first team coaching structure in due course."

Assistant manager Richard O'Kelly followed Smith to Griffin Park in November 2015. Brentford said his position would be "clarified in the coming days".

The club's chief executive Mark Devlin thanked Smith for his service on Twitter.

On a personal note, i would like to thank Dean for all his great work during his time with @BrentfordFC. Not only an excellent Head Coach but a thoroughly decent man. I wish him all the best in the future. Still all to play for this season.Time for a new chapter in our history.

Devlin said: "On a personal note, I would like to thank Dean for all his great work during his time with Brentford FC. Not only an excellent head coach but a thoroughly decent man.

"I wish him all the best in the future. Still all to play for this season. Time for a new chapter in our history."