Gabby Agbonlahor says he offered to play for Aston Villa for free and insists he is not ready to retire.

The former England forward and Villa's record Premier League goalscorer was ready to help the club in its hour of need before a summer takeover.

He left the club in the summer, 14 years after his debut, having made 391 appearances and scoring 86 goals - 75 times in the top flight.

Villa's failure to return to the Premier League following a 1-0 Sky Bet Championship play-off final defeat to Fulham in May left them struggling financially under former owner Tony Xia.

Before Nassef Sawiris and Wes Edens bought a 55 per cent stake in the club in July, Agbonlahor - who had already turned down approaches from the Championship and SPL - offered to play for nothing.

"I was aware a couple of strikers had what seemed to be long-term injuries and everyone knew the club had financial
difficulties, so I asked my agent to speak with Steve Bruce and make the offer I would play for free," he said.

"There were no strings attached, I didn't want paying, no appearance money, nothing, it was a genuine offer to help the club I love.

"The manager had been good for me when he arrived. I had been in a bad place before he was appointed and he gave me the opportunity to get back involved.

"He was appreciative of my offer but no one was aware the club was in the final stages of being sold to sort the financial problems."

Since his offer, Agbonlahor, who won three England caps, has declined further interest from the Scottish top flight and English second tier, while there have been approaches from abroad.

But despite remaining a free agent the 32-year-old, who has spent time working on his fashion label Six Figures Official, does not want to hang up his boots.

"It's been a difficult decision. Having been at Villa all my career, I did not want to play for another Championship club," said Agbonlahor, who struggled for game-time in his last two seasons at Villa.

"I appreciate the offers, it just didn't feel right. As for the SPL, unless it's one of the big couple of clubs, to be honest, that doesn't excite me.

"There has been interest from the Middle East, Turkey and Thailand and that new challenge, lifestyle and opportunity interests me but I have a young family and I'm very conscious of the impact playing abroad would have. 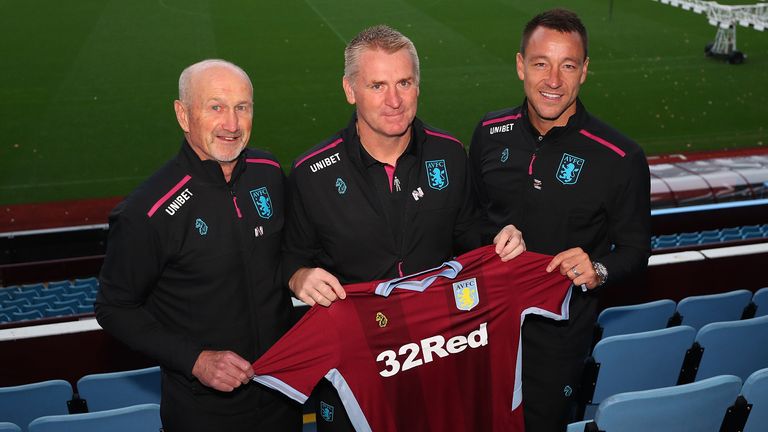 "I don't need to chase a deal and will only sign for a club that genuinely excites me. I have no interest playing below Championship level so abroad realistically is the likely destination if I decide to make that decision.

"I am fortunate I've had the same agent, Tim Webb, all of my career and he has been great looking after all of my finances and investments, so financially there is no need to accept anything that doesn't really work for me and my family.

"I don't want to retire yet. I admit I have made some mistakes, I do have some regrets but that's life, who hasn't made mistakes? Hopefully I will be remembered by the [Aston Villa] fans for the good times."