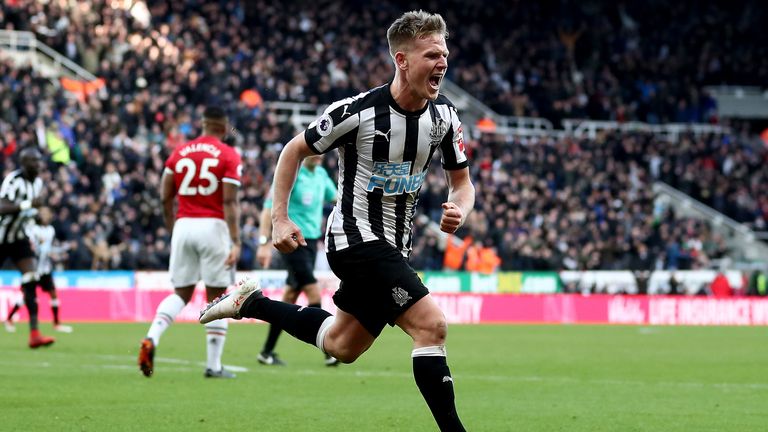 Anthony Martial and Alexis Sanchez spurned the best chances for the visitors, who were unable to match the work-rate and intensity of the hosts, leaving United 16 points behind Premier League leaders Manchester City.

Lascelles was frank in his assessment of Jose Mourinho's side saying his defence did not know what to do with the ball under pressure.

Jose Mourinho was full of praise for Newcastle’s spirited display in the 1-0 win over Manchester United at St. James’ Park

"They have got some great players, but I don't think United turned up," the Newcastle captain said.

"We have played against Arsenal and Man City and you can really see the quality and one mistake or a lack of concentration and a goal will go in.

"I don't think they were at it from the start of the game - a lot of their players went missing.

Rafa Benitez was delighted with his side’s work rate in Newcastle’s 1-0 win over Manchester United, calling it a boost for everyone at the club

"It was probably the way we were playing, we made them play like that.

"In the first half they were making a lot of mistakes, passing the ball around but it was down to our pressing.