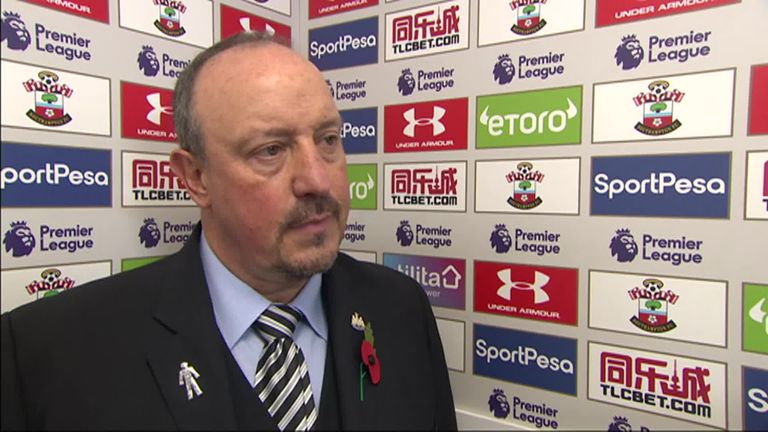 Boss Rafael Benitez insisted Newcastle's 0-0 draw at Southampton was a point gained despite their winless start to the season extending to 10 matches.

The Magpies continue to set unwanted club records for their poorest start to a campaign and they never looked likely to break their victory duck on the south coast.

But they were able to pick up a third point of the season - and actually climb off the foot of the Premier League table - thanks to some dogged defending and wayward finishing from a Southampton team who have also started the campaign poorly.

"We have to consider where we are and where Southampton are," said Benitez, who retains the support of the travelling Toon fans who sung his name while once again going through their repertoire of unpleasantries towards owner Mike Ashley.

"They were pushing hard in the second half and we had to defend and I have to take the positives; a point and a clean sheet away.

"In terms of work-rate and team spirit, I can't complain about that. We have to be a little bit better on the ball, but both teams were anxious.

Newcastle are now winless in each of their last eight away games in the Premier League (D3 L5), last winning on the road at Leicester back in April.

"It's important for us to have the fans behind us. The fans realise it's a difficult situation and they got behind the team."

Saints have now failed to score in the league for over a month, yet it was not for the want of trying in a one-sided match desperately low on quality. 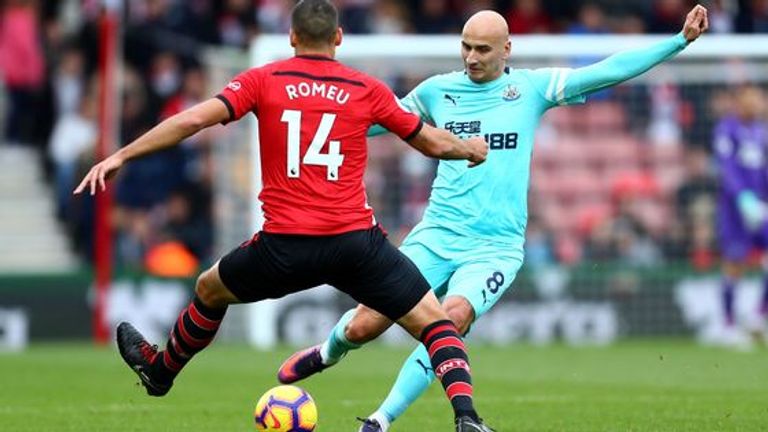 Highlights from Southampton's goalless draw with Newcastle in the Premier League.

They came closest towards the end of the first half when Ryan Bertrand's cross was turned onto the outside of the post by Mario Lemina.

Newcastle, to their credit, put their bodies on the line after the break when Danny Ings' shot was bravely blocked by Federico Fernandez and Paul Dummett threw himself in front of Nathan Redmond's drive.

"They pushed hard in the second half so we did well to keep our clean sheet," Benitez added. "A bit of better possession at times would have led to clearer chances, but it was difficult."