Sane joined City from Schalke for £37m in the summer and endured a slow start to his career at the Etihad, failing to score in his opening 12 matches for the club.

However, the 21-year-old has recently shown signs of capturing his very best form and scored for the third successive game in the 2-0 win at Sunderland on Nissan Super Sunday.

Despite this, Guardiola said: "He needs time. English players like Raheem [Sterling] and John [Stones] have helped him a lot to be in the squad and involved.

"He is playing good, but we also show him a lot of clips of the games and the things he is not doing so well, so he can improve.

"We can't expect at 21 years old that he is done. He still has to perform for 90 minutes, in the game sometimes he can disappear a bit but that is part of the process. 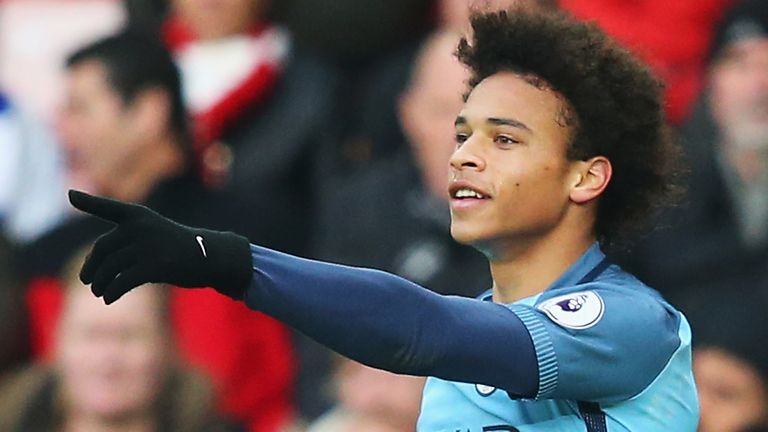 "That is why it is nice to work with young players because you can imagine how they can become better in the next few years."

Guardiola is similarly excited about the potential of Sterling, who has three goals in his last seven games.

"But it is the same case as Leroy, he is a guy who still needs to improve. I would not like him to believe or think that it's already done, that he's good enough.

"He can be better, especially in the simple things. Still he makes mistakes in the simple and easy things. When he improves that - wow!

"You have to start with the simple things and then work on dribbling the ball, scoring goals, these kind of things. But he has the talent."

Sane is likely to be involved once again as City host Stoke in the Premier League on Wednesday, live on Sky Sports 1 HD from 7.30pm.