Benjamin Mendy's crosses from the left were a feature of Manchester City's 6-1 win over Huddersfield and he looks set to give his team a new dimension. The best could be about to get even better, writes Adam Bate.

"Mendy is Mendy. Sometimes we want to kill him and sometimes you think, wow, what a player we have." After another influential performance from Benjamin Mendy in Manchester City's 6-1 win over Huddersfield on Sunday, Pep Guardiola will surely be leaning towards the latter. Mendy is adding another dimension to the Premier League champions.

Many were wondering whether the best really could get better this season but Guardiola himself suspected that they could. "I have a feeling, still, we can improve," he said on the eve of the Huddersfield game, name-checking his fit again left-back as one of the key reasons for this belief. "Inserting Mendy in the group. Playing in different ways."

In his team's first home game of the season, and in the process of delivering a performance that will have had many thinking 'same old City', Guardiola actually did show something a bit different. He went with Sergio Aguero and Gabriel Jesus as a front two, with the pair scoring four between them, and cited Mendy's return as the key factor in that decision.

"We decided to have two strikers, more presence in the box knowing that we have Mendy who is a guy who arrives and is clever in the final third," said Guardiola. "Not just arrives and crosses but is clever to see the pass in front of the keeper or to the penalty spot or out of the 18-yard box. He is a clever guy arriving in there and today it worked."

Mendy was more humble about his contribution when speaking to Sky Sports afterwards. "I just need to control the ball good and cross," he said. Whether or not it really is that simple, the results have been simply superb for City. Mendy has three assists already -more than Fabian Delph, Danilo or Oleksandr Zinchenko managed in the whole of last season.

That tally of three only hints at the scale of his involvement. He was instrumental in two other goals against Huddersfield that were not technically attributed as assists. There was the driving run in the build-up to Jesus' goal and it was Mendy's fizzed cross into the box that was spilled by Ben Hamer to allow Aguero to nip in for the second of his three goals. 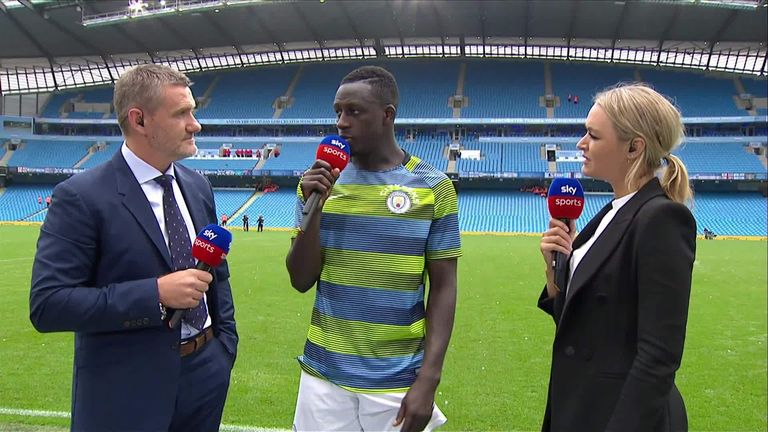 Mendy provided 12 crosses in total against Huddersfield - no player has put in more in a Premier League game so far this season. Tellingly, it is also more crosses than any Manchester City player attempted in any game last season, beating his own tally of 11 that he put in on his Premier League debut against Bournemouth last August.

As those numbers suggest, Mendy's willingness to deliver crosses into the box represents a departure from the style of play that was so successful for City in their title-winning campaign under Guardiola. While Tottenham and Chelsea put in the most crosses of any team last season, City ranked among the bottom six for crosses from open play.

Guardiola has been encouraged to adapt his team's approach because, as he pointed out in his post-match press conference, Mendy is not aimlessly flinging balls into the box. His cut back for Bernardo Silva's goal against Arsenal on the opening weekend was a good example, showing that he has the awareness to pick out individuals as well as areas. 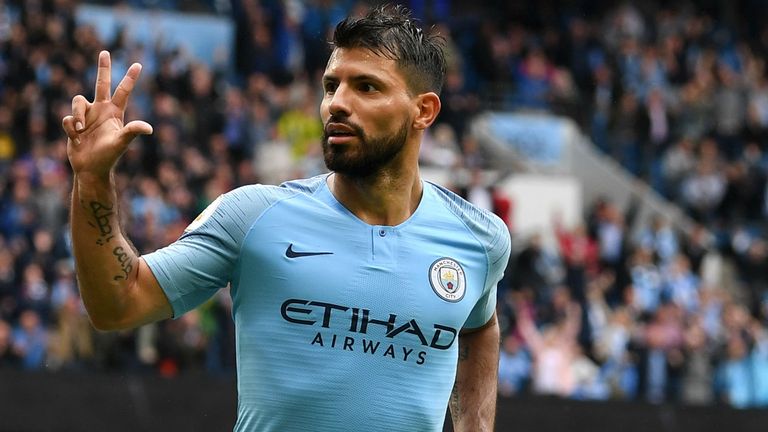 But the other reason for this change in style is that Guardiola identified packed defences as a problem that he still needs to find better ways of solving. City were held to a goalless draw against Huddersfield in May and he was frustrated that his team could not build attacks as effectively when even the opposition striker stayed behind the ball.

Having Leroy Sane and Raheem Sterling hugging the touchline high up the pitch as wide forwards was crucial to City's success. But against weaker opposition and with the left-footed Aymeric Laporte able to provide cover, Mendy has the energy to fulfil that remit out on the left. The result is that City are able to get another striker on the pitch.

Of course, as Guardiola stressed afterwards, this system will not be the answer in every game. That is why he is so keen for Mendy to be flexible. There were signs of that against Arsenal with the France international occasionally being deployed more centrally, coming inside to collect the ball just as Delph did to such good effect for much of last season.

Perhaps that explains why Guardiola has called for Mendy to be mindful of the details. After his light-hearted comments about the player's use of social media, there was a more telling remark about the need for greater focus. "We want to help him to be focused in every training session and every game," he said. "We need that."

There is - as ever - the sense that Guardiola wants more. He wants Mendy to help him switch between systems in an instant. Sometimes, however, the simplest solution can be the best one. Mendy's ability to provide pace and width on the left flank already suggests Manchester City have more tools to hurt teams this season. It's quite a thought.