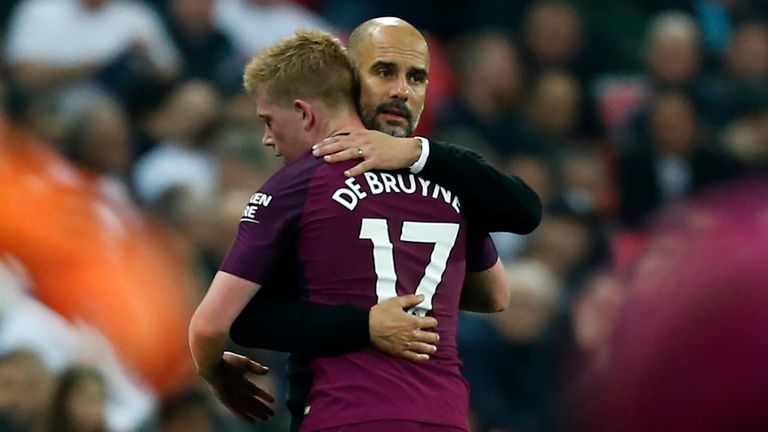 Kevin de Bruyne is close to a return to training, says Pep Guardiola

The Belgian playmaker suffered a knee ligament training in August and was initially ruled out for up to four months.

However, Guardiola confirmed he is close to being able to rejoin his team-mates.

"He's making the last steps," said the City boss. "He'll start taking a small part in training in the next days I think. Everything is going well."

Guardiola says Benjamin Mendy is also making good progress but confirmed the defender was late arriving for a treatment session on Sunday after tweeting a picture of himself at Anthony Joshua's world title fight in the London the previous night.

"He should be here. He knows it. I spoke with him," Guardiola said. Meanwhile, Guardiola says Phil Foden must be patient in his quest for a first Premier League start.

The England underage star, who has made seven substitute appearances in the league, scored his first senior goal in City's 3-0 Carabao Cup win at Oxford United on Tuesday.

"It's not important if he starts or not. He is part of the group, the squad," said Guardiola.

"It's about my decisions. He is ready to play, of course.

"He can start in any competition, in any games. He is ready. After that, he has to compete with team-mates and sometimes it is not possible. But he is ready."

Guardiola has not spoken to Foden about signing a new contract but believes the 18-year-old sees his future with the Premier League champions.

"I think Phil likes to be here, the club and manager have no doubts about that," he said.

"Hopefully it is going to happen sooner or later but I'm never involved in these kinds of situations."