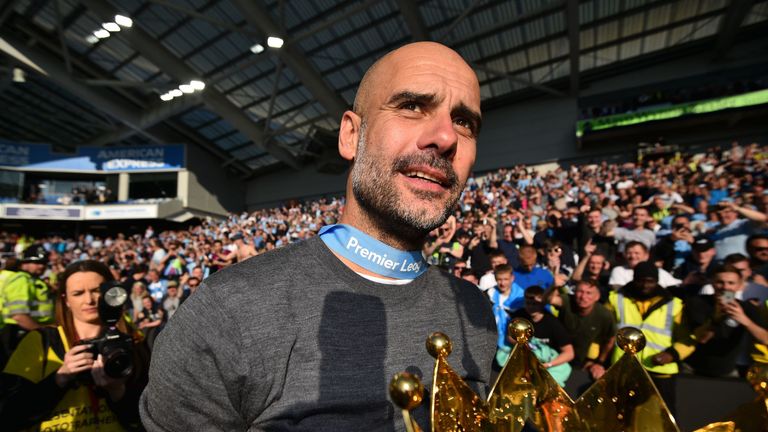 Pep Guardiola has apologised for any offence Manchester City players and staff caused after a social media clip emerged from their flight back from Brighton on Sunday.

The footage appeared to show members of City's squad and backroom team singing a distasteful version of Liverpool's 'Allez, Allez, Allez' chant. City had just beaten the Reds to the Premier League title after defeating Brighton 4-1 on the final day of the season.

City's version of the song allegedly made references to the Hillsborough tragedy and the attack on Liverpool fan Sean Cox by Roma fans outside Anfield in April 2018.

City denied those accusations in a statement, but Guardiola said ahead of Saturday's FA Cup final: "It was not to offend the people about what happened in Hillsborough or the guy over what happened against Roma.

"You think, just for one second, you could imagine we try to offend about these tragedies of the Liverpool world? It's incredible.

"We were happy for ourselves. If someone was offended, I'm sorry, I apologise, but it was never our intention. To win the Premier League is difficult against one incredible contender."

Guardiola admitted he was concerned the footage had been leaked by somebody who had been on the flight, and added: "You know my opinion over social media."