Pep Guardiola on Fernandinho extension: "He does not have to convince me to stay longer, he convinced me on day one three years ago when we started to work together" 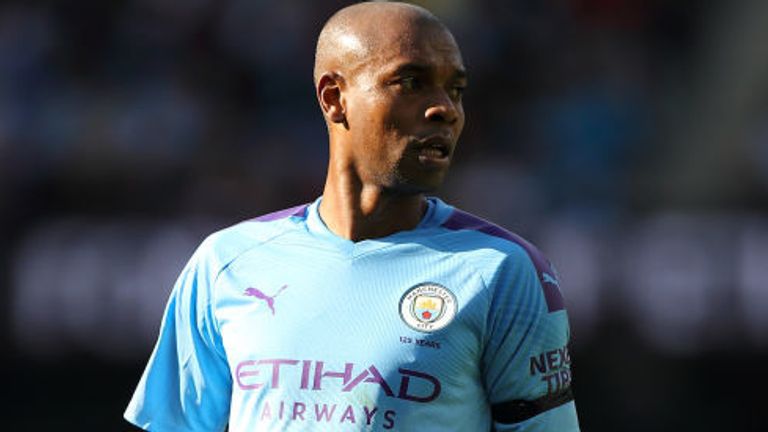 Manchester City are confident Fernandinho will extend his contract beyond the end of the season.

The Brazil midfielder, who joined the club in the summer of 2013, has a contract until the end of June but it is understood he will commit for a further season.

Last month, Riyad Mahez appeared to suggest Fernandinho was leaving the club at the end of the season when he took part in a Sky Sports quiz with team-mate Benjamin Mendy on YouTube.

Fernandinho has made 22 appearances this season with many of them coming in central defence following the injury to Aymeric Laporte.

Since joining the club he has won three Premier League titles, one FA Cup and four League Cups. It was also announced on Friday City forward Lukas Nmecha has joined Middlesbrough on loan for the rest of the season.

The 21-year-old has previously had loan a spell in the Championship at Preston and with Wolfsburg in Germany, where he was born.

Guardiola: Fernandinho has nothing to prove

"It's a tricky issue. Of course [I want him to stay]. I am confident [it will happen]. I am delighted with our three years together," Pep Guardiola said.

"He does not have to convince me to stay longer, he convinced me on day one three years ago when we started to work together.

"He doesn't need to do anything special. It's just his age, his desire and how he is going to feel with many things.

"I know the opinion I have, he has and we have about what he has done over many, many years here. He is one of the greatest players that this club has had in its entire history."