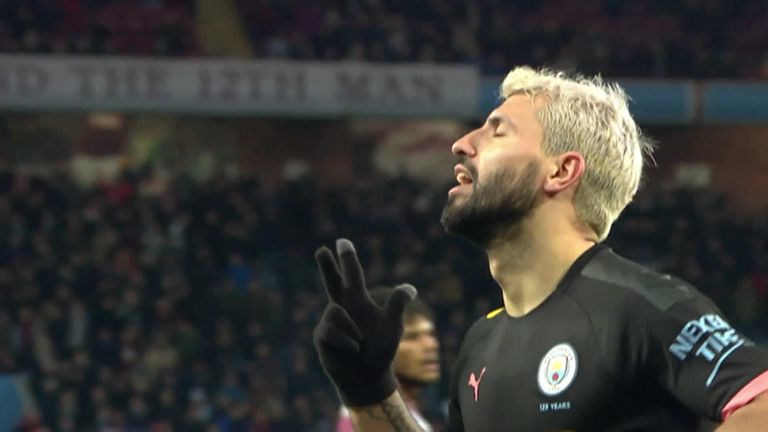 Manchester City striker Sergio Aguero was hailed as a "legend" after setting a new record for the most Premier League goals by an overseas player.

Aguero scored a hat-trick against Aston Villa to surpass Thierry Henry's record of 175 goals, and also go past Alan Shearer's hat-trick record with his 12th treble in the top flight.

Aguero's record is even more impressive given he only moved to England at the age of 23 from La Liga side Atletico Madrid.

When English players are included, Aguero is fifth in the all-time Premier League standings.

The league's goalscoring record is held by Shearer, who scored 260 times, including 11 hat-tricks, during spells at Southampton, Blackburn and Newcastle. His former captain Vincent Kompany paid tribute to the Argentine on Sunday night during his Football Writers' Association tribute evening.

Kompany said: "What a legend! You take away the fact that he has scored so many goals, I'm grateful for one goal when he scored against QPR [the 96th-minute winner to seal City's first Premier League title in 2012] and everybody said 'AGUEROO'.

"You just take that one goal in isolation and he is always going to be a legend to me." 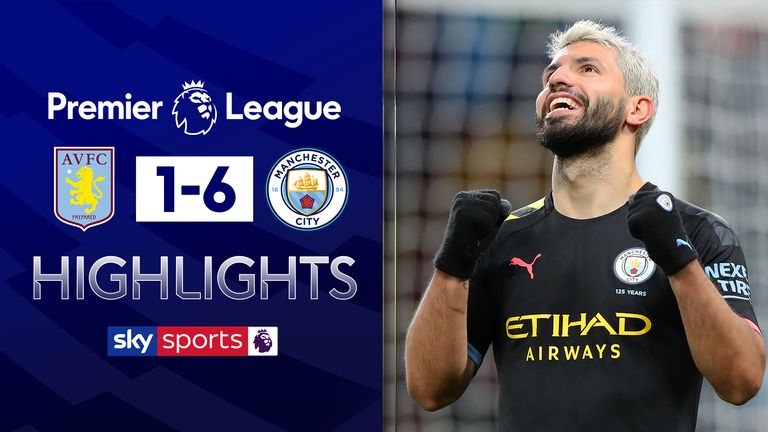 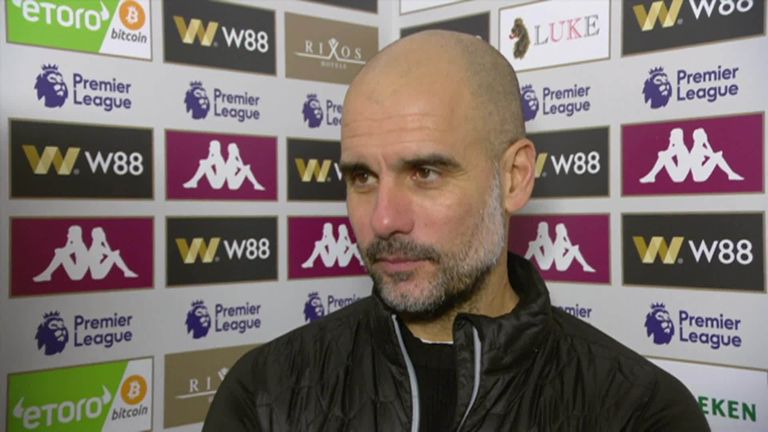 City boss Pep Guardiola compared the legacy of "legend" Aguero to that of Henry.

"He [Aguero] is a legend and the legend rose tonight.

"I think that Henry is one of the most incredible players I have seen in this league and I think that he will be proud that Sergio is the guy that broke his record. He was a legend and with Sergio it's the same.

"Congratulations, and we will be congratulating him in the locker room. To score this amount of goals as a foreign player and this amount of hat-tricks means you have done, for many years, a lot of good things."

Aguero praised his team-mates for their role in his performance and, speaking to Sky Sports alongside Riyad Mahrez, urged them to keep providing him with the service.

"I'm so happy for the record," he said. "But I thank my team-mates because they helped me this year. I'm so happy.

"I want to keep scoring more goals, but it all depends on my team-mates. If they pass to me, then it's fine.

"It's too far to Shearer [all-time record] but I will try,"

Mahrez praised Aguero's consistency, telling Sky Sports: "The statistic speaks for itself. He's a legend for this club, for the Premier League.

"He's showed it and he's showing it every week, week in and week out. We're very happy to have him in the team. He has a lot of quality but, to be honest, he doesn't need a lot of chances to score. This shows how good a striker he is."

Asked in his post-match press conference whether Aguero was the best forward he had managed, Guardiola's answer was clear and firm.

"The best is Messi."