Colin Bell: Man City to walk out in tribute No 8 shirts vs Man Utd

Bell died on Tuesday at the age of 74 following a short illness and City's players will pay tribute to the 'King of the Kippax' ahead of the game at Old Trafford, which is live on Sky Sports.

Former England international Bell made 501 appearances and scored 153 goals for City during his 13-year stay after joining from Bury in 1966, helping secure promotion to the top flight.

Bell was one of City's stand-out players as they edged out Manchester United to win the First Division title in 1968.

FA Cup success followed in 1969 as well as two more trophies in 1970 - the League Cup and the European Cup Winners' Cup, with Bell finishing as the club's top scorer on three occasions. 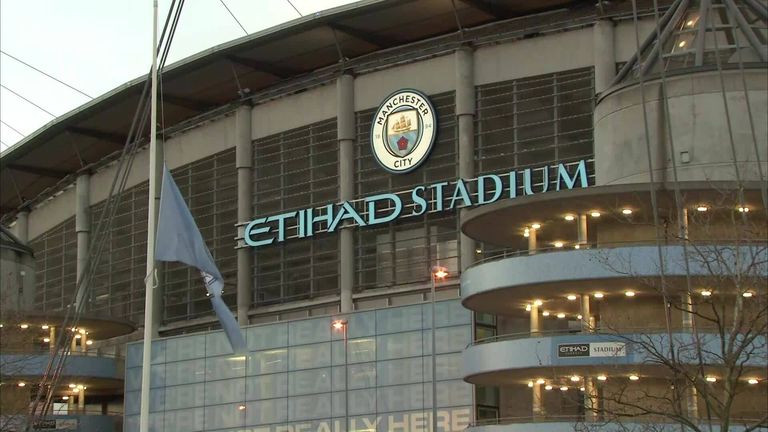 Tributes to Colin Bell outside of Manchester City's Etihad stadium.

Bell's former teammate Mike Summerbee shared his memories of the club great in a touching tribute.

"I am devastated to hear of Colin's passing. He was more than just a team mate and an incredible footballer, he was wonderful human being and a true friend," he said on Manchester City's Twitter feed.

"When I think about him, I simply think of quality. Just sheer quality. We never singled out individuals in the team we played in, but there's no doubt in my mind that he was the greatest. The complete player, the complete athlete, the complete person.

"My condolences to Marie, Jon, Dawn and his wonderful grandchildren. We have lost someone special today." 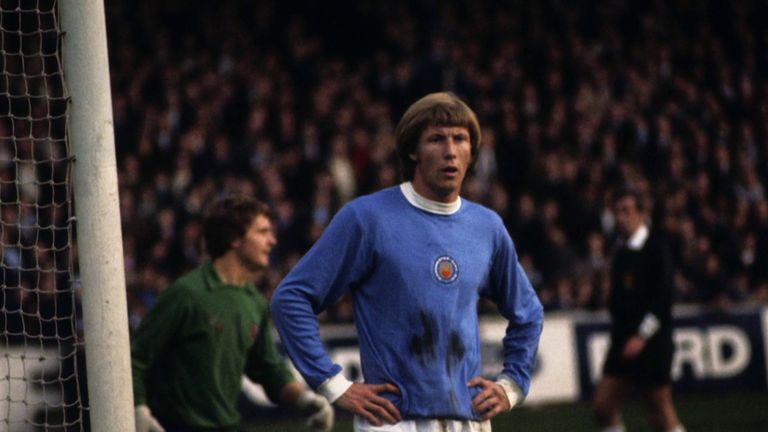 Joe Royle pays tribute to former Manchester City and England team-mate Colin Bell, who he described as 'an awesome player'.

Francis 'Franny' Lee, who along with Bell and Lee formed a formidable attacking force in one of the most successful periods of the club's history, also praised Bell.

Lee tweeted: "I am deeply saddened to hear of the passing of Colin today. Colin had outstanding all round ability - incredible fitness, flair & eye for goal!

"A great team mate & a true Man City legend. The Colin Bell stand will forever remind us of his immense contribution on and off the field."

"This man was on another level, if only I could have seen him play. Incredibly kind and humble when I met him."

City players past and present also paid their tributes.