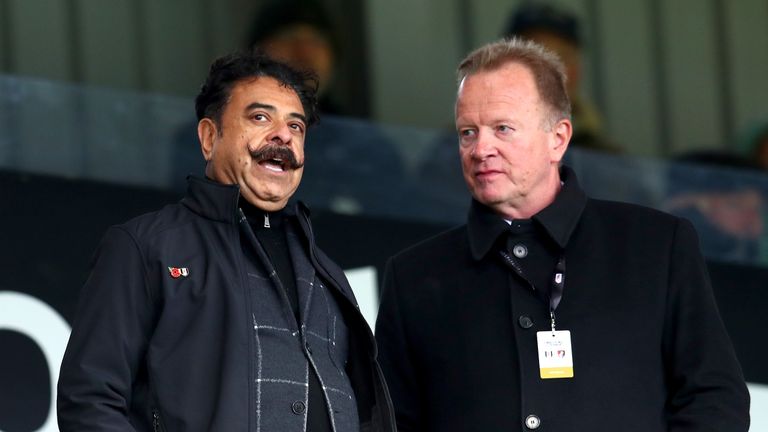 Slavisa Jokanovic has admitted Fulham owner Shahid Khan is not happy with the club's start to the Premier League season.

Fulham have won once in the league and they sit 18th in the table after a seven-game winless streak.

Following their 3-0 loss at home to Bournemouth on Saturday, Khan has made his displeasure at Fulham's current form known to Jokanovic.

"After the game, we were talking and he asked me about the situation, about which way we are looking for a solution," Jokanovic said of his meeting with Khan.

"He wasn't satisfied, like me and our supporters, but this is a long process and the situation is in our hands to reach our target in the end of the season."

Fulham have conceded 28 goals in the Premier League, five more than any other team.

The Cottagers spent almost £100m in the summer on new signings after winning promotion from the Championship through the playoffs.

Despite rumours suggesting the Serbian's time in west London may be coming to an end, Jokanovic believes the criticism directed at Fulham can help galvanise their season.

"We cannot give up, this is completely absurd after a few games in the Premier League," he said.

"We must accept the criticism because we need to be strong enough to understand that negative comments are part of football, we must be brave and push hard to find a solution."