Kevin McDonald told Sky Sports News in March he was putting his football career on hold to have a kidney transplant; Fulham midfielder has suffered with kidney disease for around 14 years and hasn't played since July last year

Fulham midfielder Kevin McDonald is set to have a kidney transplant on Friday with his brother as the donor.

McDonald, 32, exclusively told Sky Sports News in March he had been playing for over a decade with kidney disease and needs a potentially career-ending operation.

Updating his Instagram followers for the first time since then, McDonald wrote on Monday: "For those wondering where things are at regarding my health. I'm due to have my kidney transplant this Friday donated by my brother. 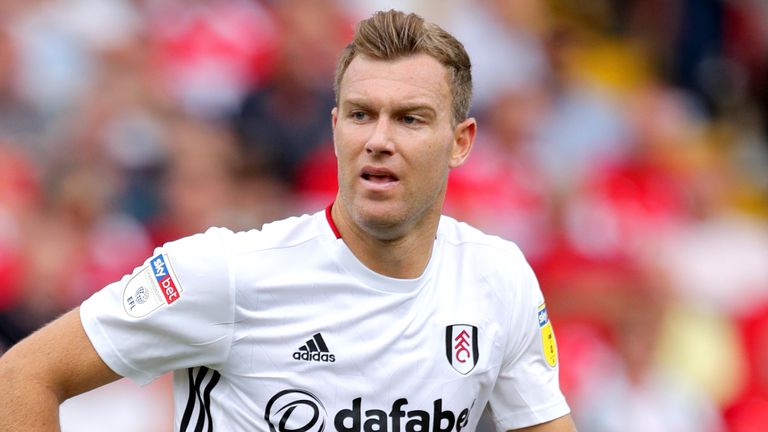 Speaking in March, McDonald exclusively told Sky Sports News he’s been playing for over a decade with kidney disease

"I will update you all on my recovery. Thanks as always for your support throughout."

The Scotland international first discovered an issue 14 years ago after a medical during his move from Dundee to Burnley when he was 18 highlighted some abnormalities.

McDonald has gone on to make over 500 professional appearances and has represented his country on five occasions.

"Over the years, my kidney function has got worse. That's what happens as part of the disease, it gets worse over time.

"We hoped I could get through my football career, then have a kidney transplant at the end of it but, unfortunately, it's not happened."