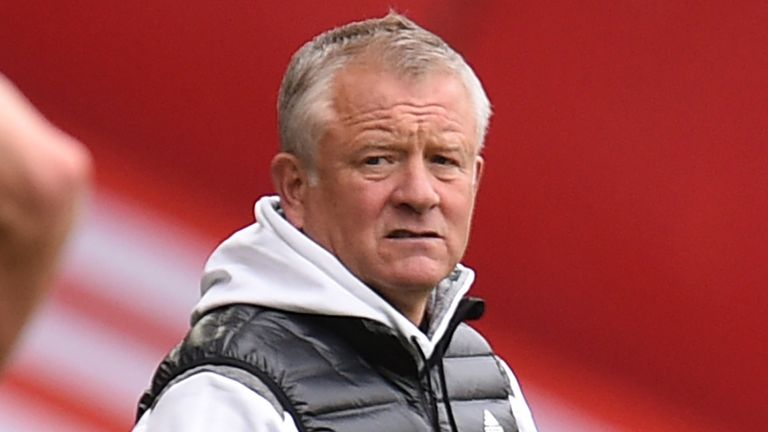 Wilder was asked his opinion on the issue at his pre-match press conference ahead of the Blades' Premier League game against Fulham on Sunday, where he revealed the club has a Covid-19 issue with a player who has returned from the international break.

Wilder did not name the player involved but the Republic of Ireland reported a positive test in their camp last week and five players, including Blades defender John Egan, had to withdraw from the squad.

David McGoldrick was also in that squad, as well as Enda Stevens, although the latter played in all of the Republic's matches.

Aaron Ramsdale (England U21), Sander Berge (Norway), John Fleck and Oliver McBurnie (both Scotland) were also away from Bramall Lane representing their countries.

"We have got a potential issue with one of our players. I can't confirm or deny whether he will be available for the weekend, we are still working with the authorities," said Wilder.

"I have that view [that international football should be halted] if I'm honest. I think the situation at the moment is pretty difficult for everybody.

"It's one-and-a-half metres distancing in one country and then two metres in another country and you've got boys flying about all over the place.

"I'm sure the international scene and the FAs of certain countries will survive through this financially.

"It was far from acceptable or comfortable what's happened since we came back, players straight away after a few games were away on international duty."

Wilder, who also revealed he has had players return with injury from the international break, added: "You've just got to roll with it.

"I also know how proud they are to go away and represent their country. However, the obvious downside is from an injury point of view.

"For Sunday, I'll give those players until the last minute as they are all important members of the squad, and we'll make a decision over the next 24-48 hours.

"We'll give everyone the opportunity to put their hands up and be available for selection."