Slavisa Jokanovic was appointed on a three-year deal in May but only oversaw 22 games; Paul Heckingbottom was placed in interim charge of the Blades following the departure of Chris Wilder as the club were relegated from the Premier League last season

Sheffield United have sacked Slavisa Jokanovic and appointed Paul Heckingbottom as manager on a contract through to the end of the 2025/26 season.

Jokanovic was appointed on a three-year deal in May but only oversaw 22 games in his near six-month spell in charge.

Heckingbottom, who is promoted from his role as U23s manager, will lead training from Friday ahead of Sunday's Championship match against Bristol City at Bramall Lane.

The former Barnsley, Leeds United and Hibernian manager was placed in interim charge of the Blades in March following Chris Wilder's departure after almost five years in charge. 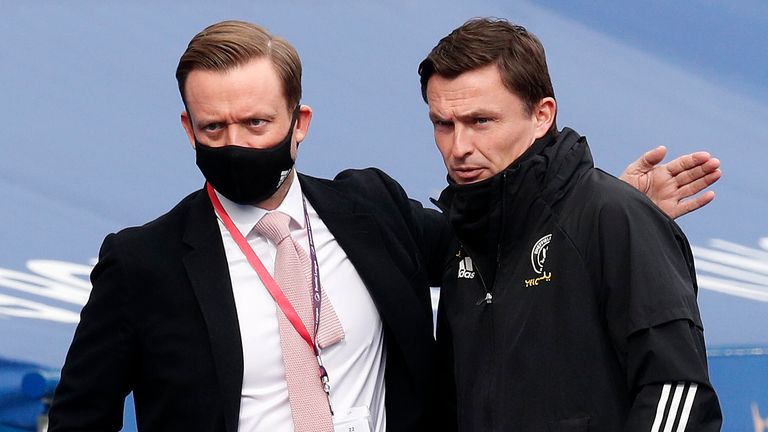 Sheffield United, relegated from the Premier League last season, sit 16th in the Championship on 23 points, having won at Reading on Tuesday in the final game of Jokanovic's tenure.

In a club statement, they said the decision to part company with Jokanovic followed "several months of strategic planning and a lacklustre start to the season."

Heckingbottom will work alongside former Blades players Jack Lester, who becomes head of player development, and Stuart McCall, who is the new assistant manager.

McCall, who has left the Blackpool coaching staff, was previously assistant manager at Sheffield United, under Neil Warnock between 2004-2007. 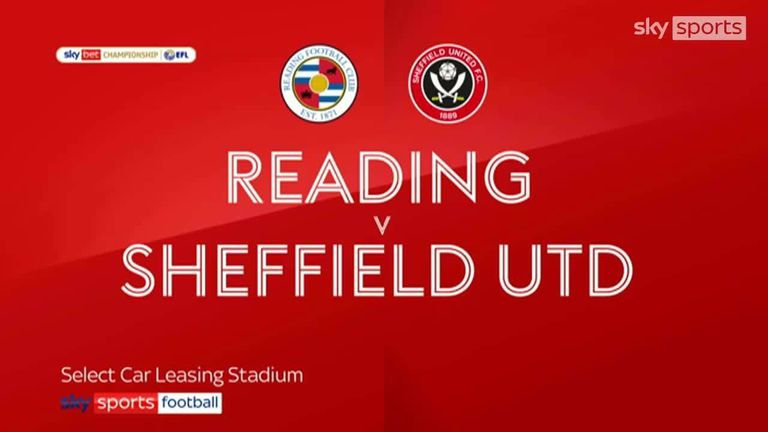 The club say further announcements with regards to the structure of the football department will be made in due course.

Chairman Yusuf Giansiracusa said: "We look forward to embarking on a new era in Blades football with Paul at the helm.

"Paul possesses the personal leadership qualities and technical football skills the board feels are essential to successfully implement the board's strategic directives.

"He shares our values and interest in player development while also possessing the ambition and determination to get the most out of our current squad. We are convinced that Paul will play a leading role in improving all aspects of football operations."

Jokanovic, who has won promotion to the Premier League with Watford and Fulham, is the fifth Championship manager to leave their role this season.

Stephen Bettis, United's chief executive officer, added: "We have enough league games remaining, we know we have the ability and resources within our playing squad to start picking up points and climbing the league table."

Jokanovic was informed of the Sheffield United hierarchy's decision to part company on Thursday morning, with the news understood to have come as a surprise to the Serbian.

He had recently reverted to a back three - favoured by predecessor Wilder - which had seen four points won and two clean sheets registered in their past two league games.

Jokanovic had started slowly in the promotion seasons at the helm of both Watford and Fulham.

He is understood to have expected 50 per cent of sales made in the summer to invest back into the team.

However, despite Aaron Ramsdale's departure to Arsenal for a fee that could reach £30m, the club only brought in loans in Morgan Gibbs-White, Ben Davies, Robin Olsen and Conor Hourihane.

The relationship with the board is not thought to have become overly fractious, but there was disappointment that summer signings came in late.

Jokanovic had already gone public at the start of November with his desire for "two wingers and a holding midfielder" in January, while there was frustration, like Wilder, with the club's training facilities.

Club chiefs believed Jokanovic should have been getting more out of a squad that finished ninth in the Premier League in 2019/20, with chief executive Bettis telling Sky Sports in July of the club's "ambition to come straight back up".

Analysis: Onus on boardroom but were parties really on same page?

The task of replacing Chris Wilder was always going to be a formidable one but Sheffield United chiefs felt vindicated at the end of a painfully protracted search for his successor when they landed Slavisa Jokanovic, two-time promotion-winner.

A man with pedigree was needed as a marker of legitimacy for the Prince Abdullah regime; a "strong character" was also required to start the healing process after Wilder's exit, admitted chief executive Stephen Bettis during an exclusive interview with Sky Sports after the Serb's appointment.

But Bettis also spoke of "evolution not revolution" and of perceived "synergy" between the two regimes.

Despite Jokanovic's favoured style appearing an awkward fit for a squad recruited for and wedded to Wilder's 3-5-2, Bettis said: "A lot of how Slav wants to play and work aligns with our current squad. We've tried to incorporate Chris's style of football as a club - it's pointless the academy playing a completely different way - and we've tried to ensure a culture and football philosophy going forward. We think there's a lot of synergy with Slav."

Awkward fit it seemed to remain.

Jokanovic deployed a four-man defence in an opening defeat to Birmingham and instead appeared determined, understandably, to stamp his own mark on the club. The following 18 games yielded only six wins. Performances were largely uninspiring and when he did revert to a back three, the result was an uneasy reproduction.

Fans were split on the big formation issue but the familiar provided more protection, offered a platform for clean sheets and rebuilding of fragile confidence and, crucially, got the best out of the tools at his current disposal.

Jokanovic, whose Fulham side were 12th at this stage in their 2017/18 promotion season, had wanted different tools to implement his revolution but the wingers he had targeted did not arrive and an early public missive about his January wishlist after summer stalling appeared ominous.

A squad rebuild at the end of a stunningly successful cycle was always needed but club bosses believed the current crop, caught in an apparent identity crisis, were still capable of much more.

A dire display at Blackburn, when a side scant on structure was repeatedly carved open, felt the tipping point in front of the watching Bettis and a 1-0 win at Reading - overshadowed by John Fleck's on-field collapse - was unconvincing.

U23s coach Paul Heckingbottom, who was under serious consideration before Jokanovic's appointment, stepped in after Wilder's departure but has now surprisingly signed a deal until 2026.

Chiefs have now declared youth development as key to future strategy but academy status and training ground development were longstanding sources of frustration for the man who had been desperate to build on a ninth-placed Premier League finish. The club's direction is back in the spotlight and the vision must yield something tangible.