Dimitri Payet wanted by Chinese club, who are willing to pay £38m

An unnamed Chinese club are prepared to pay £38m to sign West Ham midfielder Dimitri Payet, according to Sky sources.

Sky sources understand the Chinese club have made an offer to Payet through his representatives and have proposed to pay the France international £7m-a-year in wages.

However, West Ham confirmed on Tuesday they were in talks with Payet over a new deal and a club source told Sky Sports: "I can't see him going to China."

The Hammers revealed that contract negotiations, initiated by the club, are "progressing well" and stressed that neither Payet or his agent have made any demands over a new deal.

The Daily Mirror claimed Payet's agent had demanded a new contract for his client worth £125,000-a-week, just seven months after he joined West Ham from Marseille for an initial £10.75m.

"Following reports in today's media, West Ham United would like to clarify that at no time has Dimitri Payet or his agent made any demands to the club over a new contract," a club statement read.

"However, the club can confirm that due to Dimitri's outstanding impact since his arrival at the Boleyn Ground, they have initiated amicable and productive talks about an improvement and extension to his contract. Those talks are progressing well and it is hoped they can be concluded shortly.

"Dimitri would like to make clear that he is very proud to play for West Ham United and he appreciates the support he has received from the board, manager and fans since he joined the club in the summer."

The stats highlight just how important Payet is to West Ham

Following the club's announcement, Payet declared his desire to remain at West Ham for the foreseeable future.

"I say and I repeat I'm proud to wear the shirt of West Ham. My future is here and I hope for many years," he said via his official Twitter account.

Ahead of West Ham's FA Cup fourth-round replay with Liverpool, manager Slaven Bilic stressed the importance of keeping Payet at the club.

Payet has been exceptional for West Ham during his debut season in the Premier League and has played a pivotal role in the club's challenge for European qualification.

The 28-year-old, who is contracted to West Ham until June 2020, has scored six times and provided four assists this season. 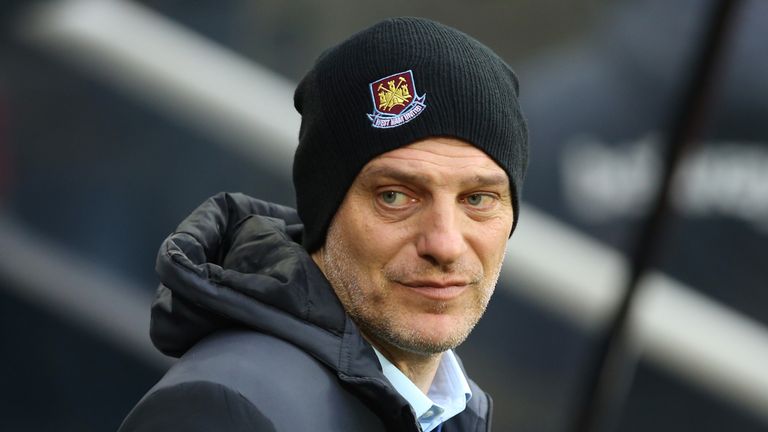 Dimitri Payet is our best player. And of course I would love to have him happy, long-term, at the club.

"The club is moving, with the new stadium and everything, and the most important move is to keep your best players," Bilic said.

"Dimitri Payet is our best player. And of course I would love to have him happy, long-term, at the club.

"He only signed a few months ago, but he has made a huge impact and while he has a long contract he is in a good position. We all want to keep him for a long, long time."

West Ham are on the verge of one deal with a Chinese club, according to Sky sources, who say an agreement for Nikica Jelavic to join second division side Beijing Renhe is "95 per cent done".

The Croatia striker has scored two goals since arriving from Hull in the summer.