West Ham manager Manuel Pellegrini has reinforced his desire to keep Marko Arnautovic after Sky sources revealed the club rejected a £35m bid from an unnamed Chinese club for the forward.

The Hammers say Arnautovic is not for sale and that, in any case, "£35m would be nowhere near enough for such a key player".

Speaking at his press conference on Thursday morning, Pellegrini said: "We know that we have in Marko a very good player so maybe a lot of clubs may want him to play for their team, but he's a player of West Ham and at the moment we don't have any news about him."

The 29-year-old scored 11 times last season and has eight goals in 17 appearances this term, including a double in last week's 2-2 draw against Brighton.

The West Ham boss does not believe the transfer interest will distract the Austrian international from Saturday's visit of London rivals Arsenal in the Premier League, live on Sky Sports. 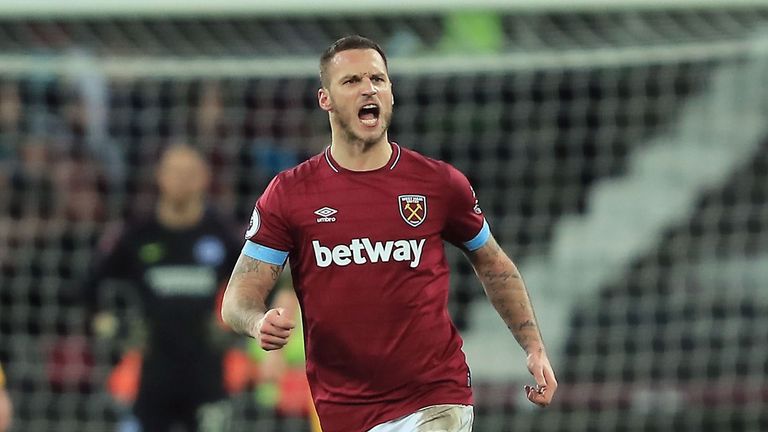 "Marko and the other players involved in the rumours have their heads here, they want to continue the way they're playing," he said.

"I'm sure things like that are parallel to performance and he'll have his head in the game against Arsenal.

"I want to keep him but you never know what will happen in the future."

Saturday's visit of Arsenal will be an opportunity for Samir Nasri to come up against his former side. It is also a chance for the midfielder to build on his West Ham debut in the FA Cup against Birmingham and play his first Premier League game in two and a half years.

Pellegrini said: "It was useful for him to play 60 minutes against Birmingham for the cup, he's been working really hard, so he demonstrated he is able to play.

"He'll be involved in the game against Arsenal, at least on the squad list. After that we'll see if he starts."