West Ham striker Andy Carroll could have played his last game for the club after having season-ending ankle surgery, Sky Sports News understands.

The 30-year-old, whose contract expires this summer, has given up his battle to overcome a long-standing issue without going under the knife.

Carroll has only managed 14 appearances in all competitions this season with his sole goal coming in their 2-0 FA Cup third round win over Birmingham.

Hammers boss Manuel Pellegrini said last week that he had no update on Carroll's contractual situation but the latest surgery, and the rehabilitation phase which follows, will not help his case for an extension.

Carroll missed the first four months of the season after a previous ankle operation and the target man now faces another battle to return to 100 per cent.

He admitted in early January that he was playing for his future but has only managed more than 45 minutes twice since then.

Carroll has not played at all since the Hammers' 1-0 defeat by Manchester City at the end of February.

He completed a permanent move to West Ham from Liverpool in May 2013 but has only featured in 102 Premier League games since, scoring a total of 26 goals.

Former West Ham striker Carlton Cole, who was at the club in 2012 when Carroll first joined on loan, said the injury-plagued striker will be remembered for his time on the sideline, but has been unlucky.

"[He was] Plagued by injuries," Cole told Sky Sports. "Didn't fulfil his potential there, obviously. 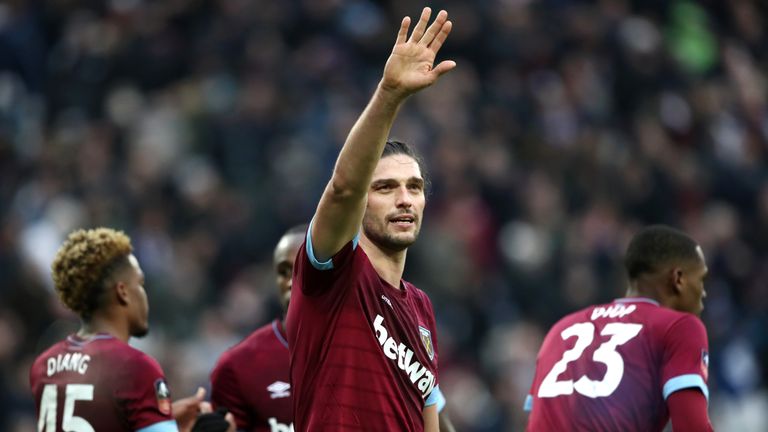 Former West Ham striker Carlton Cole reflects on Andy Carroll's time at the club after reports he has played his final game due to injuries.

"If he does have to move on, I wish him well and hopefully he gets back fit and proves to everybody that he does score goals and can stay fit for a long time."