Michail Antonio reveals he almost quit football as a teenager 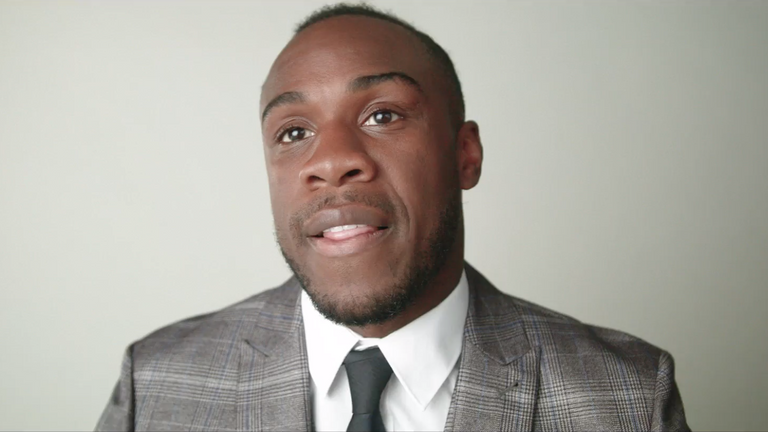 Michail Antonio has revealed how financial difficulties and a lack of opportunities during his teenage years left him on the verge of quitting football.

The West Ham forward has just embarked on his fifth season in the Premier League, during which time he's amassed 112 appearances and scored 26 goals for the Hammers.

Antonio's time at the highest level of the English game is a far cry from his humble upbringing in football at Tooting & Mitcham United, where the pressures of life led him to question whether he was on the right path pursuing a career in football.

"For me to become a professional footballer, determination was key, on and off the pitch," he told Sky Sports during the launch of Jacamo's new campaign.

"There was one stage in my football career where I thought I wasn't going to make it. We didn't have much money growing up and my dad always said to me that football wasn't a real job.

"I remember going home one day and telling my brother that I was going to give up football because I was 17 and was too old. My brother said he wouldn't let me. He got me my first pair of real boots and those were the boots I managed to become professional in."

As well as overcoming adversity off the pitch, Antonio had to overcome his fair share of challenges on it.

A lack of exposure to academy football left him behind his peers technically and lengthened his wait for the chance to turn professional. When the chance finally came, he found further obstacles blocking his dream to play in the top flight.

But, as Antonio admits, overcoming those challenges has made him the player and person he is today.

It doesn’t matter how big you get, don’t forget where you came from

"My best advice is to keep going, keep pushing until you reach your goal," the 29-year-old added. "Even if you feel like you've reached your peak, you can always be better.

"It's a constant battle, you've got to prove yourself to new players, new managers and the fans. I scored nine goals and had 11 assists in the Championship and was doing better than certain players in my position, but when I spoke to Premier League managers, they told me I was not consistent enough.

"Getting consistent enough to get into the Premier League has been my biggest personal challenge. I've kept having to pick myself up and go again.

"Because I didn't go through the academy system, I missed out on a lot of the technique work so I would go out early before and after training to get to the stage I'm at.

"Now I've played for nine different clubs, I'm in the Premier League and I've been called up for England."

To find out more about Michail Antonio's story, click here...