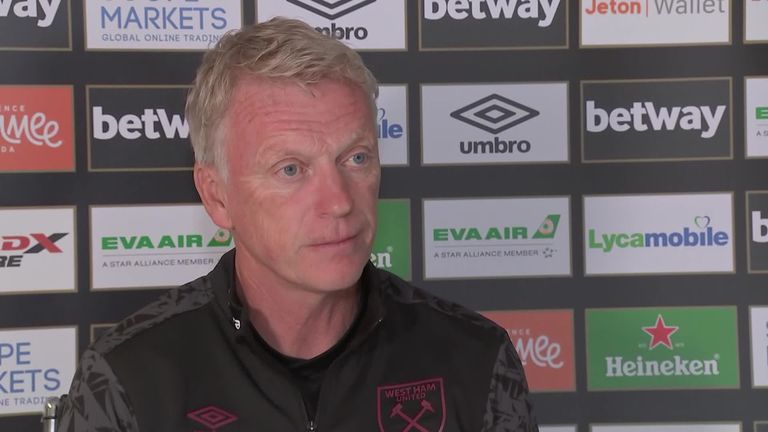 David Moyes is unsure if West Ham will return with a third bid for James Tarkowski and admits the Hammers are unlikely to pay £50m for the Burnley defender.

Burnley rejected a second bid of £30m from West Ham for the England international on Thursday.

Burnley manager Sean Dyche said earlier this week the Clarets are under no pressure to sell and Moyes is unsure if West Ham will be able to meet their asking price, which is believed to be in the region of £50m.

When asked if that would be too much for West Ham to pay, Moyes said: "I would have to say so, in this market and this window it would.

"I think we've all taken a little bit of a knock from the COVID-19 situation, we certainly have, and because of that it would make it difficult.

"But we're trying to get good players and bring in players that will improve the squad. We're not going to just pick willy-nilly, I want to try and pick ones that I want.

"If Burnley say no and Sean says no then I totally respect that decision. But yes, we have made a couple of offers for him."

Moyes admits he is unsure if the West Ham board will return with an improved bid for Tarkowski, who has also been heavily linked with Leicester. Burnley and West Ham are apart in their valuation of James Tarkowski, as Kaveh Solhekol tells The Transfer Show

"I don't know. I think it's a decision for the board to see if they think it's right," added Moyes.

"We have a limit where we feel as though we can't go much further, and they have a price that they probably think they can accept.

"I don't know if we're close to that or not to be honest."

'Noble is entitled to his opinion on Diangana'

Moyes says he has not held talks with captain Mark Noble over his decision to publicly criticise the club for selling Grady Diangana to West Brom.

Academy graduate Diangana joined the Baggies on a five-year deal earlier this month, a move which prompted Noble to tweet: "As captain of this football club I'm gutted, angry and sad that Grady has left, great kid with a great future!!!!!" When asked if he had spoken with Noble, Moyes said: "I didn't have any conversation with him.

"He was one of the boys that came through the academy, he was really important to us. Mark has been in that situation as well, he's been here 20 years probably.

"I think he just showed how he felt. I think we're all entitled to our opinions."

West Ham forward Andriy Yarmolenko has been linked with a move to Chinese Super League club Shandong Luneng but Moyes has played down the chances of the Ukrainian leaving this summer.

"I haven't heard anything about it," he said.

"We enjoy Yarmo, we like him. He's made some big contributions to us at different times so it's something that I'm not aware of, no."

Moyes also suggested Jack Wilshere could remain at the London Stadium, despite reports claiming the club are set to cancel the midfielder's contract by mutual consent.

"Jack has got a year to go on his contract. He's here and he's been very good," Moyes added.

"I've really enjoyed working with Jack. For all the injuries he's had in the past, I've got to say - since the day after lockdown, he's not missed one day of training. He's been fantastic in training.

"I've enjoyed having Jack, so I've heard nothing about it."